Sexual chemistry can make or break a movie, and in these cases, the stars were a perfect match. These sizzling on-screen romances tugged at the heartstrings, taught us lessons, and kept us coming back for more. 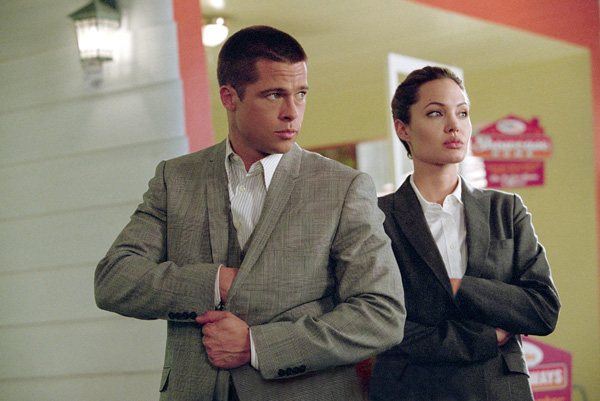 Can you just imagine what was going through poor Jen’s mind when she saw this movie? Playing undercover agents/assassins married to each other, Pitt and Jolie had such intense chemistry, we swear sparks nearly flew out of the screen. But really, what can you expect when you put the two hottest people on the planet in a movie together?

Combine the smoking Mila Kunis, smooth-talking Justin Timberlake and a storyline that revolves around sex, and what do you get? The kind of chemistry that is almost too much for the big screen. Watching Jamie and Dylan’s carefree, sexy relationship play out on screen no doubt got fans thinking about the pros of “friends with benefits”…

While Rose lost some points for not hauling Jack onto her chunk of wood (it looked like there was plenty of space, right?), you can’t deny that this was one of the best on-screen pairings of all time. The forbidden love, steamy car scenes and lovey-dovey one-liners hold a special place in our hearts.

Matthew McConaughey and Kate Hudson, How to Lose a Guy in 10 Days

Also contenders for the hottest stars in the world, McConaughey and Hudson’s cheeky chemistry lit up the screen in this rom-com. While McConaughey (and his chiseled six-pack) played a slick advertising exec and Hudson the chic magazine writer, they both took on a major bet. Cue chaos! Their goals in the movie may have been opposite, but these two were magnetic.

Burton and Taylor’s rollercoaster real life romance was just as intriguing as the love affair they acted out on screen in Cleopatra. The colours in this 1963 film may be a little muted, but the chemistry was as vivid as they come. Really, the PR team should thank Burton and Taylor for all the headlines they “grabbed” — can anyone say free marketing?

Dirty Dancing has gone down in history as one of the sexiest films of all time — and it deserves the title! The combination of gyrating hips, figure-hugging tights and Swayze’s saviour complex made for some pretty dirty dancing alright. The cheesy, heartwarming lines didn’t hurt, either.

This couple absolutely sizzled on screen together in Cruel Intentions before going on to continue their romance in “real life”. The chemistry was hot, and so was the location: New York City was the perfect playground for these not-so-innocent teens. The rumours that their first sex scene on set was real have never been confirmed, but they were also never denied… 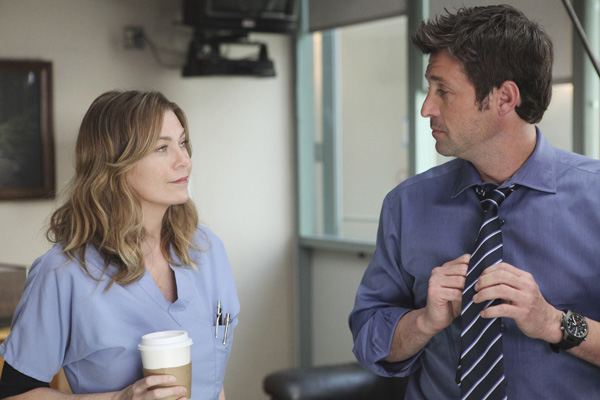 After her one night stand turns out to be her new boss at Seattle Grace Hospital, Meredith Grey knows she’s in trouble. Meredith and Derek’s sexual chemistry is undeniable, and before long, they’ve revved up a tumultuous yet steamy — or should we say dreamy — relationship. Make-out sessions in elevators, a post-it note marriage, daddy issues and the pain of watching the other move on made for some excellent viewing.

That sultry striptease in season one signaled the start of bad boy Chuck and queen bee Blair. They embarked on one of the steamiest love affairs that, six years later, hadn’t cooled down a bit. That’s not to say there weren’t ups and downs: In between the public sex scenes and teary train station speeches, the pair had to deal with betrayal, business deals and the inability to say those three words, eight letters…

Carrie and Big, Sex and the City

He was the toxic bachelor who couldn’t commit, and she was the sex columnist who overanalysed everything, but somehow, we all knew this relationship was destined to work. Big and Carrie’s red-hot connection saw them get back together approximately 87 times during the series, and after cruelly leaving her at the altar, Big finally got carried away. (Sorry Carrie, Samantha gets our “best one-liners” award.)

So perfect it could work? Check out celebs we wish would get together >>

He was a vampire, she was a slayer, but all the common sense in Sunnydale couldn’t keep these two good-lookers apart. Ah, forbidden love gets us every time. In fact, we’d go as far as to say that Buffy (Sarah Michelle Gellar) and Angel (David Boreanaz) kicked off the vampire phenemon we’re all suffering/going through (depending on your opinion of Twilight) today.

They may not have been the sexiest couple on TV, but never have we rooted more for two people to get together. The neurotic Ross (David Schwimmer) loved the loveable Rachel (Jennifer Aniston) since he was in high school, but she was always just out of reach. Then, years, plenty of drama and many failed relationships later, she realised he was her soul mate.

Did she really go out with him?
Kate Winslet marries in secret
Lara Bingle split rumours: Snapped with Red Hot Chilli Peppers frontman