Mystery tweets from Ellen Degeneres have Sydney-based fans hoping for a chance to meet her.

Ahead of Ellen Degeneres’ big trip Down Under in March, she has had local Sydney fans abuzz with mystery tweets all day today. 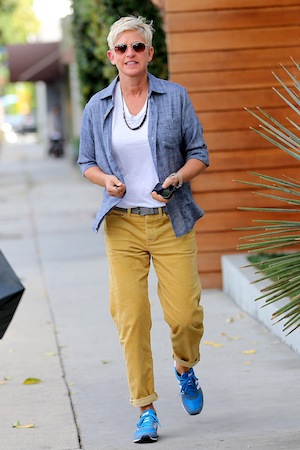 “Celebrate #AustraliaDay and @TheEllenShow with @Jeanieeeee [her on-show assistant] at the Sydney Opera House this Tuesday.”

Then every few hours, Ellen has followed it up with another tweet revealing more about her big plans tomorrow, including:

“If your bags are packed and your passport is up to date get ready to be at the Sydney Opera House tomorrow.”

“Tuesday’s gonna be a big day for my fans in Australia. For the very first time you’re gonna have a chance to be on my show!.”

While mystery still surrounds what exactly is going to be happening at the Opera House tomorrow, one thing is certain, an Australian fan is flying to LA to meet Ellen.

“To be clear. Tomorrow we will be live on @TheEllenShow from Sydney & we will pick someone to come with us on Qantas back to LA an hour later.”

So, if you’re in Sydney grab your bags and passport and be ready for 9:30 a.m. (NSW daylight savings time) at the Opera House!

Ellen will arrive in Australia in March to film segments for her show in Sydney and Melbourne. She’s also bringing 400 audience members with her, who were lucky enough to be at the live announcement she made with Nicole Kidman earlier this month.