Even though Ellen is married to Portia de Rossi, the comedienne and talk show host has yet to travel to Australia. 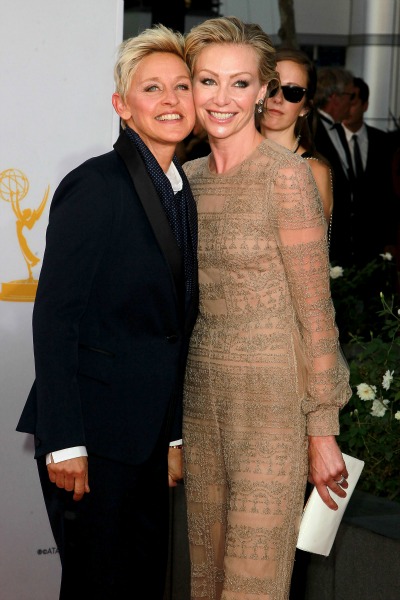 But this is all about to change because Ellen has announced she is coming to Australia and she will bring 400 audience members along for the ride.

Similar to Oprah’s Ultimate Australian Adventure in 2010, when the host surprised her audience with a tour around the country, Ellen, too, is offering her entire audience a free holiday in Australia.

“So, I am actually for the first time in my life going to Australia,” Ellen said after the show.

“I’m going in March and I’m going to shoot a bunch of stuff in Melbourne and Sydney.

We’re going to do tape pieces and meet the fans and hang out.”

To coincide with the shooting and as part of a promotion with Qantas and Swisse, each audience member received free tickets to use within the next year and six nights accommodation.

However, unlike Oprah, Ellen will not be filming a live taping of her show and she will not be travelling with fans, although fans no doubt are excited to win a free trip down under.

Ellen is set to arrive in Australia in March, just around the time of Mardis Gras.

Watch out for her!