Mariah Carey, her hubby Nick Cannon and their twins are cruising around Australia on a whirlwind concert tour of the country, with one hotel replacing all of the furniture for the superstar! 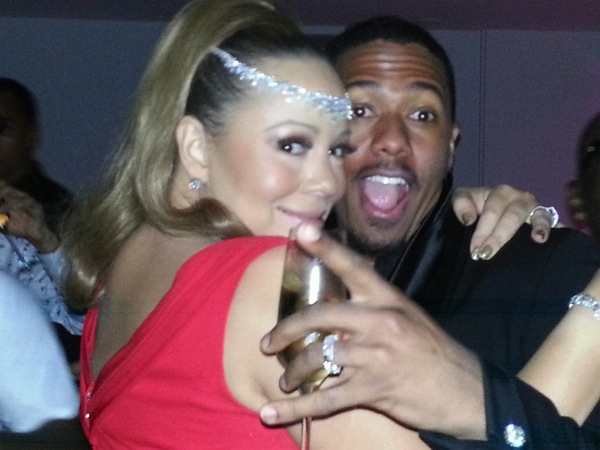 “G’day Gold Coast! So excited to be back in Australia, can’t wait to see u all at the shows!! LYM” Carey wrote on Twitter after touching down at Coolangatta on Friday night following a 15-hour flight from Aspen, Colorado.

However, in typical diva style, Carey took over an hour to depart the plane as she reportedly had her makeup artists and hair stylists give her the once over before heading up to Jupiters Hotel and Casino where they’re staying.

Other reports are claiming that their suite has been upgraded especially for their stay, including replacing all of the furniture in their apartment.

The pair have also been soaking up the beautiful weather the GC has been putting on throughout the festive period writing, “Beautiful day here on the Gold Coast, how do you guys celebrate New Year’s?”

It became obvious later on from the pic she posted online (above) that the loved-up couple celebrated with a nanny looking after their kids and bubbly-a-plenty.

Carey and her entourage of up to 40 people will race around Australia performing just two shows, with Cannon as her support act, before heading back to the US to continue her role as a judge on American Idol.

Kim Kardashian is pregnant!
Leo DiCaprio and Jonah Hill party on Sydney Harbour
Movies set to light up the big screen in 2013