Ladies of Australia are in for a treat, especially those who live in Sydney: A suite of Hollywood hotties have descended on the harbour city for a massive New Year’s Eve celebration, with the likes of Leonardo DiCaprio, Jonah Hill and Jamie Foxx jetting into town to party! 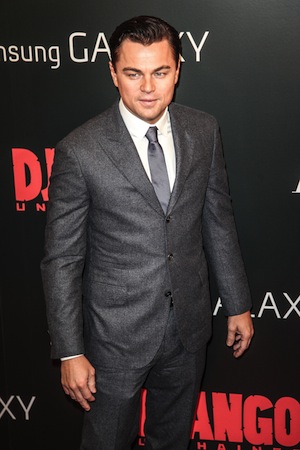 DiCaprio and Hill, who flew in on Friday, were spotted on a yacht over the weekend with a bevy of beautiful women cruising around Sydney Harbour.

According to reports, DiCaprio didn’t bat an eyelid as some of the scantily-clad ladies stripped down to barely-there bikinis — and, in some cases, even went topless — which is good news for his latest rumoured love interest and The Wolf of Wall Street co-star, 22-year-old Margot Robbie.

The 38-year-old Oscar winner is said to have fallen for the former Neighbours beauty, who quit the series to try and make a go of it in Hollywood (and she seems to be doing quite well!).

DiCaprio and Hill, who co-starred in Django Unchained, have flown to Oz to party at Marquee at The Star, alongside Chace Crawford, Matthew Morrison from Glee and DJ Samantha Ronson. The hotel and casino has reportedly paid a pretty penny to secure the crew of Hollywood actors in an effort to lend a little star power to the luxury outfit’s New Year’s celebrations.

According to reports, DiCaprio and Hill will be whisked away shortly after we ring in the new year to be flown to Las Vegas, where they plan on ringing in 2013 again!

Ahhh, the life of a superstar.

Us regular plebs can purchase one of the few remaining general admission tickets to the celebrity-laden event here; get your credit card ready as entry will set you back $200 a pop. That price includes a couple of hours worth of drinks, and of course, the opportunity to rub shoulders with the rich and famous!