It is on! Ronan Keating has snapped up a new gal pal and she is a gorgeous Aussie girl by the name of Storm Uechtritz. 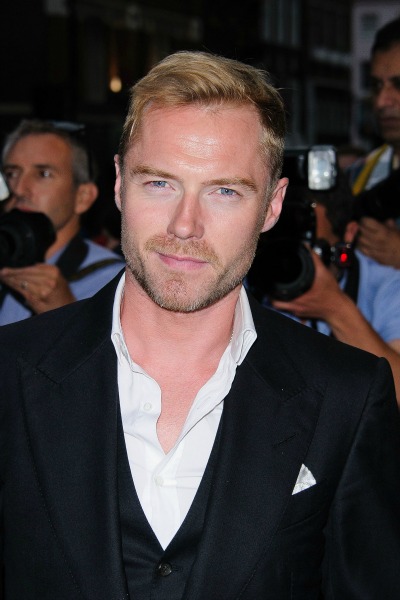 The pair were seen enjoying each other’s company, getting pretty comfy together and having a bit of a pash last week.

After being together for six weeks, the two were snapped having a great time together on The Island floating bar on the Sydney Harbour last Sunday.

Former X Factor producer Storm, 31, and Ronan, 35, were with Ronan’s pal and fellow X Factor Australia judge Mel B and her husband Stephen Belafonte, who co-owns the floating bar.

Mel B and Kim Kardashian had a bit of a shindig on the boat not too long ago as well, remember?

“Storm and I have been friends for some time and that has recently evolved into something more serious. We are both really happy,” Ronan told The Sunday Telegraph last month.

So when The X Factor is done and dusted, will Storm move over to the UK with Ronan? Well, apparently so.

Things seem to be working pretty well for Ronan. There was that sketchy period when he had an affair with a backing dancer back in 2011.

That was the end of his marriage with ex-wife Yvonne, with whom he has three kids.

Ronan and Storm met on the set of The X Factor Australia two years ago and Storm is divorced from ex-husband and businessman Tim Ivers.