Guy Sebastian and co are back for a new season of Channel 7’s The X
Factor, which has blitzed the ratings in it’s first week back on air. Guy chats with us and reveals why he believes shows like this are good for the Australian music biz and how his show helps performers behind the scenes. 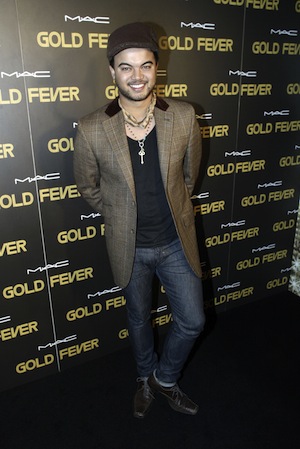 “We scoured the country this time,” Guy reveals. “There was a dude who was from a country town of 12 people and he is just like the most amazing singer and had no idea.” Sebastian, who currently has the number one single in Australia with “Battle Scars,” thinks shows like The X Factor help uncover talented people who otherwise wouldn’t have a shot at success.

“You know a lot of these people, they don’t have access and that’s sort of what this show is about,” he says. “Even the Karise Eden’s and some of the people who went on The Voice. With her past and the past of a lot of these contestants that are coming on the show, they can’t even conceptualise how to get out there and spend the money. It takes thousands of dollars first of all to get into a studio let alone have all of the songs ready.

“We’re dealing with some amazingly talented songwriters that just don’t have the cash to go into a studio and lay it down and then present it to a record company,” he adds. “Nowadays it’s so competitive. There’s people that have the cash to put these schmick demos together and get deals on the back of that, so it’s just nice uncovering some rough diamonds and people that don’t actually know how good they are.”

However, with the good contestants come the bad, but Guy reveals that behind the scenes, even those people are looked after by the producers.

“Especially with people that aren’t terribly good that believe they’re really good,” he explains. “Sometimes these characters can be a bit fragile. But they really look after them though, like even if they do a terrible job and they start crying or whatever there’s heaps of psychologists and counselors that sort of look after them.”

The X Factor airs Monday, Tuesday and Wednesday nights at 7:30 on Channel 7.