London 2012 is in danger of becoming the games of the armchair Aussie. The one where sloth-like TV viewers post endlessly on social media with total disregard for who might read their comments. In a lot of cases, the athletes are reading what you are writing. 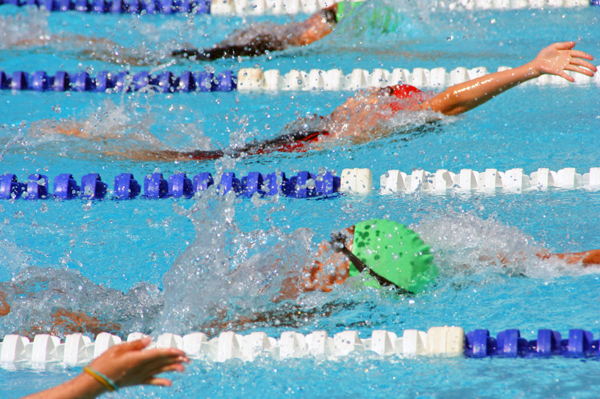 Our sports men and women aren’t immune to the social media onslaught, as evidenced when Emily Seebohm broke down in tears after winning silver in the 100 m backstroke.

Let me repeat that — she won silver AT THE OLYMPICS!!

She actually apologised that she may have let some people down after leading for the majority of the 58 seconds before being pipped at the post for the gold.

That is one of the greatest achievements ever and means she is the second best in the world.

“I know I was super nervous today, so nervous that I couldn’t even eat,” Seebohm explained. “So I’m sure that had something to do with it, but that’s no excuse.”

Ironically enough, Seebohm blames social media for potentially costing her the gold as she stayed up late responding to well wishes.

This comes after comments from the chairman of London 2012, who gave a warning to athletes ahead of the games saying, “I have found quite a close correlation between the number of tweets at competitive times and the level of under-performance.”

Are we placing too much emphasis on winning gold rather than allowing our athletes to actually savour the fact that they were selected to compete at the Olympics and enjoy the experience?

Or is it simply that we are a sporting nation, who’s history of achievement has been so great for so long that anything less than the best seems inadequate? What are your thoughts on how much pressure we are putting on our athletes?

Leisel Jones: Fat story fired me up!
Opening ceremony: From the queen to the clothes
Eamon Sullivan on eating like an Olympian