Invite your friends around and cheer on our Olympic athletes with delicious green and gold cocktails made in a jiffy. Show your loyalty (and fantastic trivia knowledge) when you host a Summer Games viewing session this winter! 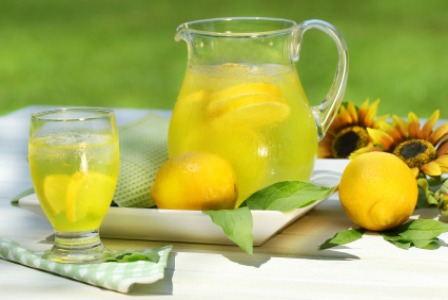 As our athletes leap over hurdles, dive off platforms and nail slam-dunks at the 2012 London Olympics, they’ll all be wearing the traditional green and gold. Whether in tracksuits off-court, crop tops and bike pants on the field, or bikinis on the beach, the customary colour palette will help us to spot our favourites among the competitors. So why has the colour combo become such a mainstay in our nation’s history? Read on to find out.

The history of the green and gold

While green and gold has been unofficially embraced as Australia’s sporting colours since the late 1800s, it wasn’t until 14 April, 1984 that they were formally recognised. These two colours were finally established as our official national colours by the Governor-General of the time. He announced that “green and gold (Pantone Matching System numbers 116C and 348C as used for printing on paper) shall be the national colours of Australia for use on all occasions on which such colours are customarily used.” This put an end to the question of whether blue should also be incorporated into our national colour scheme.

This combination has since become the traditional colours worn by Aussies when representing their country , particularly in the sporting arena. It’s widely believed that the choice of green and gold stemmed from Australia’s national floral emblem in bloom, the golden wattle.

So when you’re gathered around the TV and cheering on your Aussie athletes this Summer Games season, why not invite some friends around and serve up a few delicious cocktails in green and gold? Not only do these drinks taste fantastic, but they’ll look great too! Cheers!