Florence + the Machine, and Will.i.am will be bringing their wares to the Vivid festival in Sydney later this week. On offer is an orchestral collaboration and… a musical chess board.

Related story Will.i.am’s creepy prediction about the human body will keep you up at night 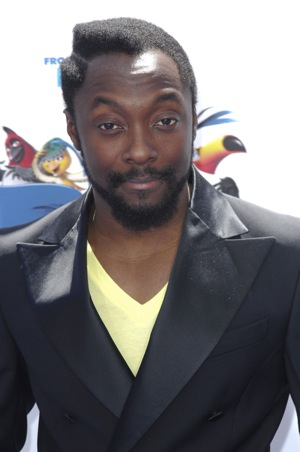 “It’s a bit like a chess board — there are thousands of possibilities,” Vivid’s creative advisor Ignatius Jones recently told The Daily Telegraph. He was attempting to explain the upcoming collaboration between Vivid and pop star Will.i.am (pictured) which sees the facade of the Museum of Contemporary Art (MCA) in Sydney become a place of public music making.

“Each time you move a piece it changes everything.”

Using arm and hand gestures, spectators in front of the building will be able place and shift musical notes.

“The MCA is going to become an instrument for the people of Sydney to play,” Will.i.am said.

“The project illustrates the magic that can be created when innovative minds and technology come together.”

Vivid Festival will begin in Sydney later this month.

Another act on the Vivid books is Florence + The Machine, who is set to line up with the Ceremonial Orchestra. On stage will be more than 40 musicians.

The band’s front-woman, Florence Welch, recently spoke with Fairfax Media, talking about the need for professionalism and respect for an audience.

“I respect the people who come to the shows. You want to be able to portray it in the best possible way, and you want to do it justice. And I am thinking about that, and about people who’ve spent money on tickets and people who supported the album,” she said.

“You don’t ever want to feel that you’re not living up to their expectations. That is becoming a bit more professional.

“That doesn’t mean I still don’t dance around in quite a strange fashion in my bedroom by myself,” she added, laughing.

“My feelings about music are still exactly the same… I like music that makes you feel funny in your chest… I’m still by myself in a weird outfit doing strange dancing in my hotel room.”

She also spoke of the “normal things.”

“I’d like to do some normal stuff, like move out of my mum’s house and hold down a normal relationship. Do bits and bobs and normal things… It becomes the normal things that you begin to idolise.”