A little over 12 months ago the world hadn’t heard of Ed Sheeran. Now, the 21-year-old English singer-songwriter’s debut album has gone platinum here in Australia, his song Lego House is currently in the top five and his national tour sold out in under a day. 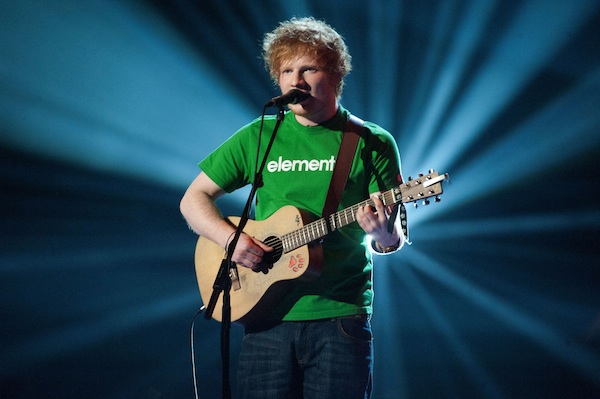 “I’m kind of excited to come to Australia,” Sheeran told us about his forthcoming tour in July and August. “It’s one of my favourite countries.”

With his album “+” still sitting at the top of the iTunes charts six months after it’s release and singles The A Team, You Need Me and Lego House all being certified hits, it’s no wonder the tour sold out so quickly.

However, don’t expect a big backing band with special effects, explosions and dancers on stage for an Ed Sheeran show, as his performances simply involves himself, a guitar and an intimate setting with his Australian fans.

“I came over to Australia for a family holiday when I was 14 and I’ve kind of been a tad obsessed since then,” he admits. “Your music scene is kind of more me.”

He’s also a big fan of our own Missy Higgins.

“Is Missy Higgins still doing her thing over there?” he asked (she has a new single out called Unashamed Desire from her forthcoming album “The Ol’ Razzle Dazzle”). “She was like the huge thing when I was there. She was good.”

Aussie fans looking to slip a gift to their favourite red-headed singer when he hits our shores should take note of his latest release Lego House, as Sheeran reveals he’s a big fan of the toy building blocks.

“I kind of make a lot of lego,” he confesses. “When the album went number one in England, to celebrate I got given one of those Star Wars Millennium Falcon Lego sets, so I made that, which was quite cool.”