Hugh Grant and Joe Jonas have both been savouring Sydney over the last few days. Hugh has been playing golf; Joe sight-seeing. 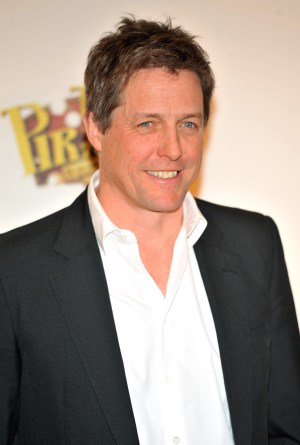 Hugh Grant has made sure his budding golf career does not suffer from his travels. The British actor has been seen playing a round of golf at a premiere course in Sydney.

The Daily Telegraph reported that Hugh, who is in town promoting his movie The Pirates! Band of Misfits, played alongside Sony Pictures Releasing’s Stephen Basil-Jones at the Royal Sydney Golf Course.

This is not the first time Hugh has savoured Australia’s links. In 2009, he played at the La Perouse golf course, saying it was “the best.”

Hollywood is replete with golfing tragics. The likes of Bill Murray, Greg Kinnear, Jack Nicholson and Catherine Zeta-Jones have all been known to tee-off from time to time.

Meanwhile, Joe Jonas has been taking in the sights during his trip in Sydney. The musician has spent time at The Star and Bondi Beach as well as eating a meal with friends at a North Bondi restaurant.

He let it be known he is having fun.