Australia is sad over the loss of Apple co-founder Steve Jobs, who died of cancer Wednesday. Kylie Minogue tweeted her sorrow along with others. 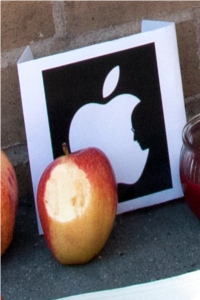 THE APPLE OF THEIR EYES

“From my Mac to all Lovers — RIP Steve Jobs.”

That was Kylie Minogue’s message to the technology visionary who passed away after a seven-year battle with cancer Wednesday. He was 56.

Scores more celebrities, politicians and business leaders publicly conveyed their condolences for the loss of the computer pioneer, who recently resigned from the company he co-founded. Tony Hawk wrote, “Steve Jobs was the man” while Ashton Kutcher said, “I never thought I could be so busted up about the loss of someone I never met.” Actress Eva Longoria tweeted, “My heart goes out for the family of Steve Jobs. What an inspiration he was to us all and a creative visionary for the world! You will be missed…”

“He transformed our lives, redefined entire industries, and achieved one of the rarest feats in human history: he changed the way each of us sees the world,” said US President Barack Obama.

“Thanks for showing that what you build can change the world. I will miss you,” said Facebook founder Mark Zuckerberg.

While Australia has typically gotten Apple’s latest innovations a bit later than America, the iPhone 4S launched the day of Steve Jobs’ death in Australia and is not being released until October 14 in the US. The wait for the new Apple products has not annoyed consumers as much as alleged price gouging has.

Australian fair trade officials, consumers and technology media members and bloggers have besieged Apple to streamline its pricing. Some customers have claimed the strong Australian dollar over the last year led to price inflation. The company has said before that shipping costs to Australia have upped prices a bit.