Leonardo DiCaprio has apparently traded in one blonde 20-something for another (formerly red-headed) one. 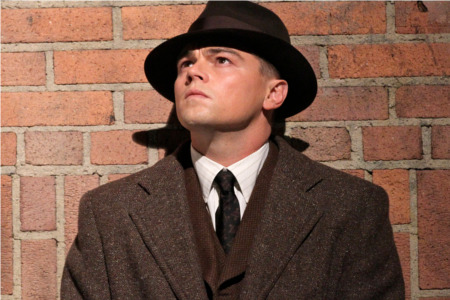 Fresh off his break-up from Blake Lively, reports are circulating the actor has been a man about town with Australian model Alyce Crawford, 21, and that she has been seen visiting Leonardo DiCaprio in his suite at The Star casino. The two reportedly met in Kings Cross.

Alyce Crawford competed in the 2008 season of Australia’s Next Top Model and finished fifth. She is a native of Kiama, near Wollongong in New South Wales, and currently works with Priscillas Model Management.

Leonardo DiCaprio has not been the happiest of campers since arriving in Sydney.

SheKnows reported last week that the star has found it hard to hide out in this smaller city and has been relentlessly pursued by paparazzi during The Great Gatsby filming. In fact, he moved to the Star casino suite Alyce Crawford is rumoured to be visiting after photographers and fans staked him out at a Vaucluse property. He has travelled with look-alikes to try to shake the media.

The actor’s ex flame Blake Lively has reportedly been shacking up with Ryan Reynolds, who split from ex-wife Scarlett Johansson in December.

Top 6 on Australia’s Next Top Model