It might be easy to play a nerd — especially when you have acting experience. 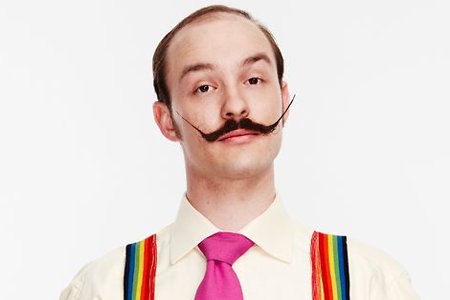 It’s been revealed that Bendeguz Daniel Devenyi-Botos, 21, a moustached, suspender-wearing contestant on the reality show, has acted on stage and in film. The show told viewers that he was actually a historian who is studying at university. Meanwhile, Bendeguz Daniel Devenyi-Botos says he was picked for the show when casting agents saw him in a play. He says he simply agreed to do the show to help his acting career.

Beauty and the Geek Australia producers have said that Bendeguz Daniel Devenyi-Botos is studying history and does like acting as a hobby. The show has featured two rounds of eliminations since Season 3 began early last month.

Bendeguz Daniel Devenyi-Botos told The Sunday Telegraph the show was fully aware of his acting background and that they chose not to reveal the information to fans.

TV Tonight unearthed information on the website of theatre group Shakespeare by the Sea that lists more than a dozen acting credits for the geek for organizations such as Theatre Performance Sydney Theatre School, The Core from The Actors College of Theatre and Television and The Power of Performance from Actors Centre Australia STAGE.

More eliminations on Beauty and the Geek Australia

Beauty and the Geek to go?

Season 3 for Beauty and the Geek Australia