DANCING HIS WAY TO ROLES

Perhaps every star experiencing a lull in his or her career goes on a reality show to resurrect their craft. 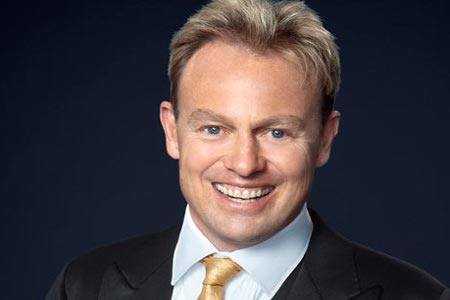 Former Neighbours star Jason Donovan seems to be hinting at that exact intention in an interview in the UK Mirror in which he states he wants meatier roles in television dramas. The intensity Jason Donovan hopes to bring to TV series is often seen on his face during the British Strictly Come Dancing rehearsals, and the star admits he needs to liven up his stage presence and relax. The actor is paired with Kristina Rihanoff, with whom he will dance his first ballroom number on Saturday night’s episode, which marks the first of the live performances.

Jason Donovan has had his fair share of roles in hit musicals such as Joseph And The Amazing Technicolor Dreamcoat since his Neighbours days ended.

Another former Neighbours star, model, singer and actress Holly Valance, is also appearing on Strictly Come Dancing. She is paired with professional dancer Artem Chigvintsev, who was a finalist on So You Think You Can Dance in America. The ballroom champion, who hails from Russia, won last year’s season of Strictly Come Dancing with Kara Tointon, who he is now dating. Artem Chigvintsev also choreographed for the second season of the British version of So You Think You Can Dance.

What are the best Neighbours moments?

2011 winner of So You Think You Can Dance