Special episodes of Neighbours will film in Queensland in October. Some of the Neighbours cast will visit Port Douglas.

Related story 30 Years of Neighbours: A look back at the craziest plotlines

QUEENSLAND ON THE MAP

The cast will head to Queensland tourist locales as part of a promotion geared partly toward viewers in the United Kingdom, who will be heading into winter and undoubtedly thinking about warm, tropical getaways. Locals will have a chance to glimpse the cast in the Great Barrier Reef and Port Douglas when filming takes place for five days next month. The episodes are being supported by Tourism Queensland in addition to Tropical Journeys, Executive Retreats and Quicksilver cruises. 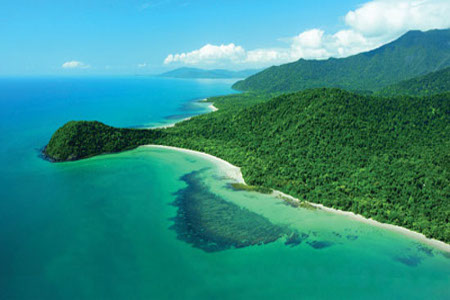 Queensland has literally been a hot spot in recent months, with several film and television projects taking place in the warm northern state. Terra Nova, Steven Spielberg’s sci-fi series, is currently being shot there, and reality show The Renovators also filmed a few episodes in Queensland. Reports indicate Vietnam War film The Battle Of Long Tan will shoot in northern Queensland in coming months.

The Neighbours episodes filmed in the north will see character Kate Ramsay will go on holiday to Queensland after losing her teacher job in Melbourne. She meets a marine biologist played by guest star Lincoln Lewis, currently appearing on Underbelly – Razor. The episodes will appear around the world beginning in early February.

As part of the special episodes, Channel Five is offering a chance for two fans to win a holiday to Port Douglas during filming. Winners, who can bring a friend or partner along, will also meet some of the Neighbours cast. Fans can enter on the Channel Five web site.

Can The Renovators repair ratings?