Wednesday’s episode saw Tyla Bertolli eliminated from The X Factor Australia after the Under 25 girls battled it out. 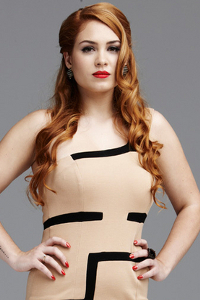 It came down to two — and they were both from Mel B’s Under 25 Girls group.

Jacqui Newland, who has been hanging by a thread since the live performances started, was in the bottom two for the second week in a row with fellow group member Tyla Bertolli. The first girl sang “Heaven is a Place on Earth” while the second attempted “Edge of Glory.” The theme of the show this week was party anthems, and these girls’ interpretations apparently didn’t catch on with viewers or some judges.

In the end, Ronan Keating was the only judge who voted to keep Tyla Bertolli. The move was a departure from the more regular occurrence where the mentor of a bottom contestant votes to keep him or her in. Maybe Mel B was trying to show toughness in her decision to vote out one of her own.

Some viewers believe Tyla Bertolli was ousted because nerves have kept her from singing to her true potential. Faltering vocals and uncertainty on stage may have been her undoing. Some bloggers, however, argue that Tyla Bertolli was given songs beyond her current capacity by artists such as Adele.

The X Factor Australia contestants will be put to the test next week with a rock theme.

Reece Mastin kills it on The X Factor Australia