Australia’s favourite show is Big Bang Theory, according to a recent study. The show beat out MasterChef and Packed to the Rafters.

Related story Emmy Nominations 2019: Who Were the Biggest Snubs & Surprises?

The top show Down Under isn’t an Australian program, a reality show or drama. 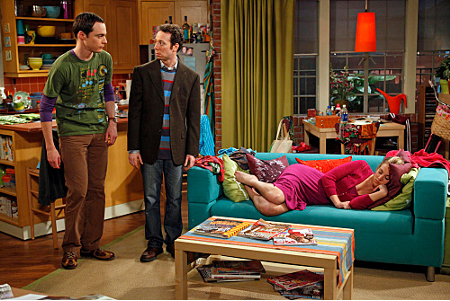 It’s an American comedy starring a crew of nerds and the hot girl next door.

Some of the surprises according to the researchers were shows like MasterChef, which took second seat in the 2010 television rankings and now sits in seventh place. Underbelly has also dropped out of the top 10 after sitting in seventh place in both 2009 and 2010.

There are indications that the shifts in show popularity are motivated by gender differences as well. Big Bang Theory is a favourite among both genders, sitting in the top three for both, but Top Gear and Two and a Half Men are the other top two shows picked by men, while women favour MasterChef and Packed to the Rafters. Men are still sticking to their cartoon comedies The Simpsons and Family Guy while the rest of the women’s top 10 include several crime dramas like Bones and Criminal Minds.

What is your favourite television show this year?

Big Bang Theory up for Emmy

Viewers turn out for MasterChef finale