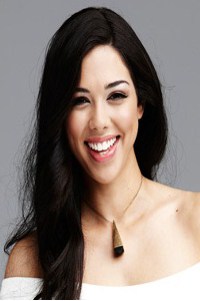 It probably wasn’t the best way to start.

Cleo Howman, 25, missed her cue in Monday’s first run of live performances by the Top 12 contestants on The X Factor Australia. She paid for the blunder in Tuesday’s episode. The young woman from the Gold Coast crooned “Chasing Pavements” by Adele while contender Jacqui Newland sang The Gossip’s “Heavy Cross.” Cleo Howman was outed in a three to one vote, with Natalie Bassingthwaighte the lone judge backing one of her group members.

“It doesn’t always turn out how you plan but remember Jennifer Hudson didn’t win Idol and look at the amazing things that happened to her,” Natalie Bassingthwaighte told her eliminated contestant.

Cleo Howman had worked the café and wedding reception circuits, specialising in acoustic performances influenced by singers like Jewel and Dido before appearing on The X Factor Australia.

It wasn’t all sadness over Cleo Howman’s departure.

Viewers were treated to performances by both recent Australia’s Got Talent winner Jack Vidgen and singer Bryan Adams. The audience was also tantalized with a teaser for next week’s theme — Party Anthem. That episode will air in a special time slot at 7:30pm on both Tuesday and Wednesday.