After some uncertainty over whether or not he would film guest spots in the new season, reports confirm Donald Trump will appear in The Celebrity Apprentice Australia. 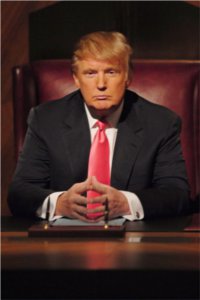 THE DON IS ON

Donald Trump is in Australia briefly this week for the National Achievers Congress, but a News.com report only confirmed Monday that the American mogul has agreed to meet with Nine producers. Donald Trump will reportedly film several scenes, including a few shots with The Celebrity Apprentice Australia host Mark Bouris. The show began filming in Sydney last week.

In addition to speaking at the National Achievers Congress and filming spots for The Celebrity Apprentice Australia, Donald Trump will also play a round of golf in Melbourne. He is arriving in Australia in his personal Boeing 757, complete with a sky theatre and king-sized bed.

There have been conflicting reports over whether the host of The Apprentice would agree to appear on the Australian version of the show. On Friday, the Herald Sun reported information from a Channel Nine insider saying Donald Trump wouldn’t have time to film spots for the new season. However, the billionaire apparently told another news outlet that he would be filming a spot and that he hoped he would be able to meet former Miss Universe Jennifer Hawkins.

It is unclear when exactly the show will air, but some reports say the new season will appear on Channel Nine in the coming weeks.