NO DIME A DOZEN

After auditions, boot camp and home visits, the moment has arrived. Your Top 12 contestants for this season of The X Factor Australia were revealed last night. 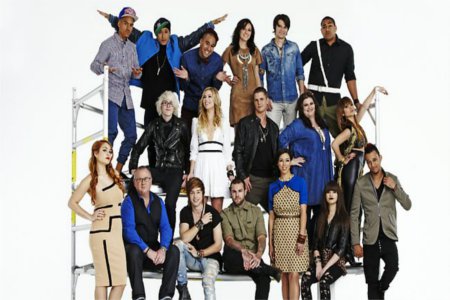 The controversial twin girl group Upfront did not make the final cut, much to the delight of fans who never thought they should have made it into the Top 24 in the first place. Some of the other youngest acts did squeeze into the select dozen, including Sydney high schooler Christina Parie.

Dad-to-be Guy Sebastian has as his group of Under 25 Boys Reece Mastin, Declan Sykes and Johnny Ruffo. Jacqui Newland and Tyla Bertolli join Christina Parie in Mel B’s Under 25 Girls.

BRING ON THE NOISE

Monday night marks the first set of live performances on The X Factor Australia — the first contestants will be eliminated Tuesday. Viewers now hold the reigns in terms of who will stay and who will go. Will the audience go with a quirky performer like they did with Altiyan Childs last year? Or will they get swept away by pure singing prowess? Girl or boy, teen or adult, solo or individual?