There are many bad Australian TV shows this year, says a ratings study by Fusion Strategy. The study reports poor ratings for The Renovators among other shows.

THE SCIENCE OF BAD TV

Researching the many shows that are about to go under Down Under — it’s better than a physics study.

In the wake of news that Top Gear Australia is being cancelled, a just released study by media company Fusion Strategy shows there have been far more television duds in 2011. 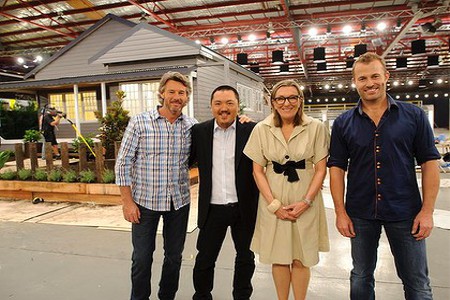 The list has Channel Nine raking in the most mistakes, with 26 shows that apparently fall beyond desirable ratings levels, though Channel Ten isn’t doing much better. Some of the shows were heavily promoted, like The Renovators and Hamish & Andy’s Gap Year. The Renovators, though, is more costly — the network spent $25 million to make it.

The show lagged even in its inaugural night, sandwiched between the two-episode finale of MasterChef Australia. While the Channel Ten network had hoped to catch viewers from the first part of the finale that Sunday night, many were annoyed MasterChef was split up and changed the channel or turned off the TV all together. The network is in deep with sponsors who were expecting a hit with the show, according to The Australian.

Channel Seven may be the station the others should aspire to. Shows like The X Factor Australia continue to garner impressive ratings. But the network did hit the wall with reality show Pawn Stars and Law & Order: LA.

The worst show to hit television this year is Channel Nine’s Ben Elton Live From Planet Earth, according to the Fusion Strategy. The comedy sketch show survived just three weeks.

What do you think is the worst show on Australian television this year?