Will Australian viewers get to hear the original voice of “You’re fired!” in this country’s version of the American reality show? It all depends if the network can get Donald Trump on Celebrity Apprentice.

Donald Trump himself will be Down Under this week to participate in the National Achievers Congress. He will be taking to the podium in both Sydney and Melbourne over a day and a half, not much time to squeeze in some quick filming for Celebrity Apprentice Australia. 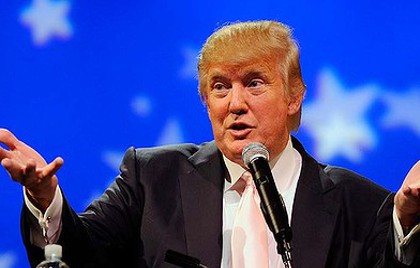 But the show’s production office is hopeful.

While convention attendees will get to hear him speak, the team making Celebrity Apprentice Australia hasn’t gotten a commitment from the Don to participate in the show in various guest appearances when shooting begins Wednesday in Sydney. A dozen famous people will participate in the Nine Network project, including swimming champ Lisa Curry Kenny, AFL sportsman Shane Crawford and The Block favourite Polly Porter. Brendan Fevola and former NSW Premier Kristina Keneally were also allegedly asked to join the list of contestants, but apparently turned down the invitations. Mark Bouris will host the show., with Andrew Morello, winner of the first season of The Apprentice Australia, assisting.