Aussies are loving Bear Grylls in Australia to promote episodes of Man vs. Wild. They’ll get another treat with Sarah Jessica Parker in Australia come November to visit the Melbourne Races and tout a new movie. 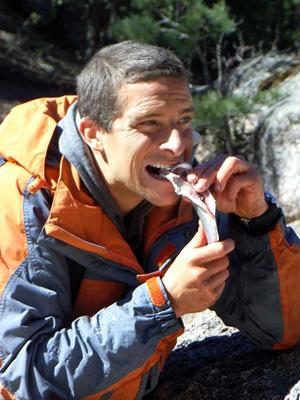 Adrenaline-fuelled adventurer Bear Grylls has filmed two episodes of his show Man vs. Wild in the Australian wilderness, both of which will only air on the Discovery Channel. He is embarking on a national stage tour and filmed a promo for the episodes in Sydney Harbour.

Though Australia seems meek compared to some of the precarious places Grylls has muscled through on his show, the star said “Australia can be flipping dangerous if you get it wrong.” No doubt, with all the poisonous snakes slithering about! 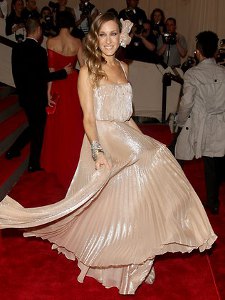 on’t be all show, though; he’s also helping a local church raise money for victims of the floods in Queensland and Victoria earlier this year.

Meanwhile, Sex and the City star Sarah Jessica Parker has announced plans to head to the Melbourne Spring Racing Carnival in early November. The fashionista will attend Crown Oaks Racing Day in Flemington as part of the promotion of her new movie, I Don’t Know How She Does It, to open around the same time. She’ll walk the red carpet for her movie premiere in Melbourne, which marks the Australian debut of the film.

While Parker is the biggest celebrity to attend the Melbourne Cup Carnival, she’ll be joined by Liz Hurley and Joan Collins.