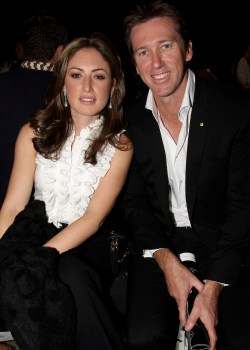 This pair proves there’s life and love after tragedy. Cricket legend Glenn lost his first wife, Jane, to an 11-year battle with cancer in 2008. While in South Africa in April 2009, he met Sara, American-born and 12 years his junior, at a party. The two were engaged a little more than a year later and wed this month. Glenn even donned a pink rose in honour of his late wife at the ceremony. He and Sara live south of Sydney in Cronulla with Glenn’s two children James, 10, and Holly, 8. 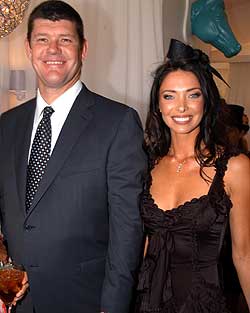 James Packer is rich in both money and love. Australia’s third wealthiest man has been married to model wife and singer, Erica Packer, since 2007. The pair welcomed their second child earlier this year.

Packer, who took over his family’s multi-billion dollar media and gaming dynasty from his late father Kerry, has a track record of dating stunners. He previously canoodled with Tania Bryer, Joan Severance and Kate Fischer and was married to swimsuit model Jodhi Meares for several years before dating Erica in 2003.