Some have been together for years, while others are still enjoying the “honeymoon” phase. SheKnows put together a list of the top five celebrity pairs who have made major headlines in 2010. Who made our list of top 2010 celebrity couple? Read on to find out! 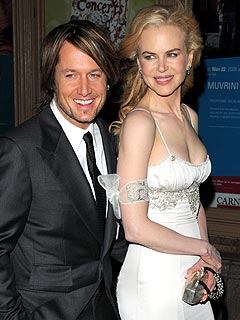 He’s a New Zealand native who became an Australian country music star. She’s an American-born Aussie actress who was formerly married to Tom Cruise. Together four years, they had a daughter, Sunday Rose, in July 2008.

Thus far, the couple’s only obstacle has been Urban’s return to rehab for alcohol abuse in 2006. Urban previously stated about his marriage to Kidman, “The union we’ve created is something we both want to work on… I have never had a situation where I have been willing to do whatever it took to work things out. To find myself in a relationship with a person who is equally willing has been an absolute miracle.”

This pair of Aussie musicians is cute and quiet, which is why no one can get enough — or anything out — of them. She’s from Sydney and in her 30s, while he’s a 20-something from Melbourne. Somehow, it works. The duo fled to Brighton, UK, earlier this year, possibly to get away from Blasko’s supposed ex Darren Hanlon. Blasko released her third album earlier this year, while Whitley’s latest offering is Go Forth, Find Mammoth. 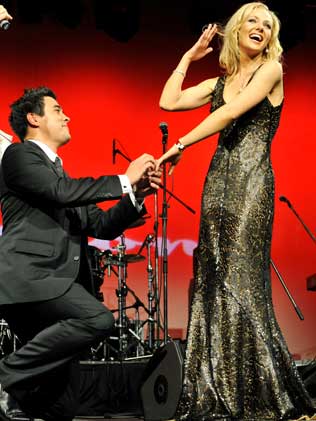 It’s a romance to rival a television drama, because that’s how it started! After becoming a couple on Packed to the Rafters, James Stewart, who plays Jake Barton and Jessica Marais, who portrays Rachel Rafter, recently got engaged to be married. According to reports, the couple’s chemistry was evident at Stewart’s audition for the show.

After dating for 18 months, Stewart proposed during a production break from the show. In addition to being completely smitten, they’re also a duo that cares — they recently helped raise $902,000 for Ronald McDonald House, which serves sick children and their families.