In Underbelly: The Golden Mile, the third season of the gritty Australian crime TV show, the action heads to Sydney and the infamous streets of Kings Cross. 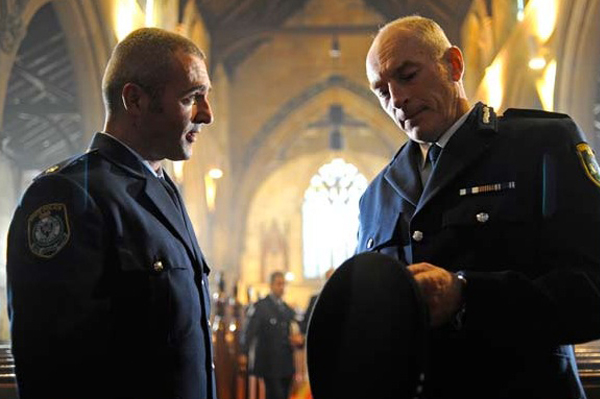 For years, Australian television has played second fiddle to the big-budget, big-star productions shipped in from the United States, despite the best efforts of the local industry.

But Underbelly has well and truly changed the playing field. With strong production values, quality acting and storylines ripped right from newspaper headlines, the series has captured the attention of the nation.

Season one was all about the Gangland Wars in Melbourne from 1995-2004, while season two, A Tale of Two Cities, focused on the marijuana trade in Griffith, NSW during the 70s and 80s.

The Golden Mile is the third season in the Underbelly series, and it’s proven to be as popular as the first two outings. It premiered on the Nine Network on April 11 2010, attracting a massive 2.23 million viewers nationally in the mainland capitals.

It is set between 1988 and 1998, during which time police corruption in Sydney was rife, eventually resulting in the Wood Royal Commission.

It was a glamourous time on the Kings Cross nightclub strip, as society’s underground thrived while corrupt police looked the other way – for a handsome fee, of course.

The show’s producers have described The Golden Mile as “the story of the excesses of the empire, the collapse of the empire, the chaos that followed, and the ultimate victory of strong and honest police… seen through the eyes of some of the most sexy, charming, corrupt and deadly people of the time.”

While the show is essentially a creative interpretation of the action that took place, many of the scenes throughout the 13-part series are derived from genuine real-life events.

Firass Dirani plays the main character, schoolboy-turned-nightclub-owner and current “King of the Cross” John Ibrahim. Dirani says he has been surprised by the response to the show, which has been overwhelmingly positive.

“The fan base is incredible,” he says. “I think we’ve created a top show.”

Clearly, audiences and critics alike agree – which is enough for producers to green-light two more seasons of Underbelly.

Underbelly 4 is expected to be based on the work of Strike Force Tuno, which investigated dozens of alleged violent crimes and murders in Sydney. At the centre of the crime spree is Sean Waygood, an occupational health and safety officer and former army commando who allegedly led a double life as a brutal hitman. Underbelly 5, also on the drawing board, will focus on Queensland in the 1980s.