Nowadays, celebrities ‘going green’ are so common that at times it can seem like a desperate publicity stunt; ‘faux-green’, and for some, it might be. In fact, it is as if every time we switch on the TV, a budding celebrity will lobby for some cause or another to generate publicity. Case and point: Paris Hilton. So, which celebrities’ lifestyles reflect their words? It’s easy to talk the talk – especially when you’re talking to a journalist on the red carpet – but which celebrities are actually walking the walk? We take a quick look at fifteen extremely active, environmentally – conscious celebrities who have without a doubt earned credibility as being green. 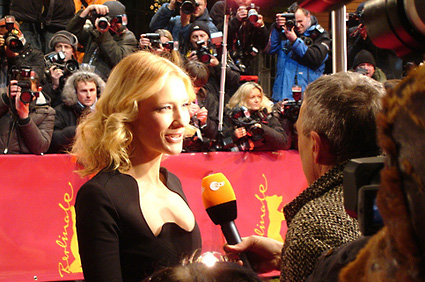 Leonardo Dicaprio is well-known for his green endeavours. He created the Leonardo Dicaprio Foundation in 1998 to promote environmental issue awareness, and also wrote and produced 11th Hour, a feature-length documentary that debuted in 2007.

Emulating the design of her house, Cate Blanchett supplied the Sydney Theatre Company with solar panels and rainwater collection systems to reduce its negative impact on the environment. She also contributes to the protection of natural wildlife by donating to Forest Guardians

Robert Redford is a well-known advocate for environmental causes. Aside from being on the board of Natural Resources Defense Council for 30 years, he founded the Sundance Preserve and won the 1993 Earth Day Award. He also educates viewers on his weekly three-hour show, The Green, which airs on the Sundance TV channel.

Internationally acclaimed martial artist, Jackie Chan, is the perfect example of someone who makes small changes where he can in order to contribute to the salvaging of energy. While he travels, he takes hotel soap with him and washes his own undergarments and socks. He also informs the chambermaids that they do not have to change his sheets every day, and uses the “if it’s yellow let it mellow, if it’s brown flush it down” rule on set with his production crew and stuntmen.

Willie Nelson is a legend, not only for his music, but also because he started to produce and distribute his own biodiesel in 2004 at a Texas roadside service station. He supports cleaner air in general and the American farmer, whose crops are at the core of the fuel.

Natalie Portman chooses to focus on going green in relation to animals. From a very young age she was a vegetarian and supporter of animal rights. She steers clear of animal products like leather and fur, and even went to Rwanda to help save silverback gorillas.

Most famous for his role as James Bond, Pierce Brosnan places his efforts in marine mammal and wetland protection. He campaigns for the Natural Resources Defense Council against effects of the Navy sonar on whales. He was also awarded the Green Cross International Environmental Leadership award in 1997.

Daryl Hannah certainly gains credibility in our books for going so far as being arrested in June 2006 for a 23-day tree sit-in as a nonviolent protest to protect the urban community garden in Los Angeles. She also travelled across America in a biofuel car in 2005, blogs about green topics on her dhlovelife site, and her home is entirely off-grid.

One half of Hollywood’s most beautiful couple, Brad Pitt, co-created a design competition to build twenty affordable, lower-energy, environment-friendly homes in New Orleans, hence saving two birds with one stone by aiding the environment while helping others in need.

Salma Hayek, better known for being an exotic beauty, is also a member of the board of Global Green USA, which fights global warming and helps provide clean drinking water to 2.5 billion people. Her home in Los Angeles uses solar panels and she drives a fuel-efficient hybrid.

Some people mock celebrities for being faux when it comes to environmental causes because of the way in which celebrities are driven around in stretch limousines all day, but Penelope Cruz disproves this. With the help of Global Green USA, in 2007 she helped arrange for over 30 alternative fuel vehicles to shuttle celebrities around.

Made famous by his role as Legolas in the Lord of the Rings trilogy, superstar Orlando Bloom conserves shower water, travels to Antarctica to see the effects of global warming, and helped launch Global Cool, which provides simple steps to reduce your environmental impact.

Bloom’s Aussie other-half, internationally acclaimed Miranda Kerr, is also on the green force, although she fights in an unconventional way; posing nude for the cover of Australian Rolling Stone’s May 2009 edition. Kerr says it was done in attempt to promote environmental awareness in specific relation to koalas. The campaign aims to protect the habitat of these iconic national creatures as there are only approximately 100,000 left in Australia. Since Europeans arrived in Australia, it is estimated that 80% of their natural habitat has been destroyed.

So, there you have it; 15 credible celebrities whom we commend for taking action on behalf of the planet. It does not matter what you do or how you do it, as long as you do something. Environmental changes do not discriminate against the poor or the rich they affect everyone equally. The point here is that no matter what you are doing, you can minimise your impact on the Earth, by making little changes in your lifestyle, doing the most you can, where you can. If you have an idea, don’t hesitate because you think it’s not good enough, instead dare to dream.

Why not let us know what you do or how you’ve changed your environmental impact!

52 mins ago
by Daisy Maldonado