In the land of television, every straight character needs a funny sidekick – just think of Rove McManus and his kooky offsider, Peter Helier. Rove’s a funny guy in his own right, no doubt, but the laugh-o-metre cranks up a notch when he has Pete to bounce off. So who else ranks up there as some of the best? We’ve tried to whittle it down-¦

Did you know that ‘moonface’ started in the business as a sidekick himself? He was Graham Kennedy’s go-to guy and then moved on to Don Lane, before someone finally noticed that he had the goods to make it on his own! 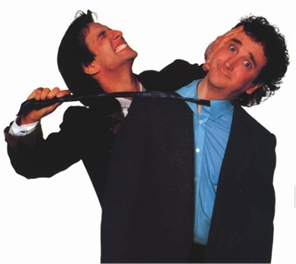 In the ’80s, every straight guy had to have a funny friend – it was a tried and true formula for sitcom success. Balki was the constant thorn in Cousin Larry’s side, with his well-known catchphrase, “Well, of course not, don’t be ridiculous!”

Without Niles to reign him in, would anyone have been that interested in Dr. Frasier Crane’s ramblings? Unlikely. We’re just glad that Niles found the woman of his dreams in Daphne. Honourable sidekick mention goes to Eddie the dog.

Adam Brody’s character Seth added some much-needed light relief to this overly-angsty teen drama about love and loss. A quick quip here and an off-the-cuff remark there, and we no longer cared that Marissa and Ryan were on the rocks… again. 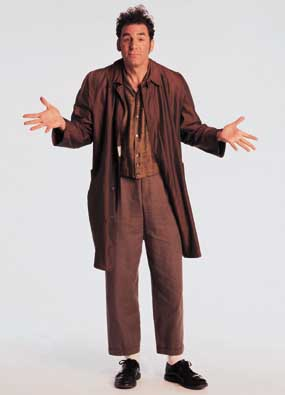 Seinfeld without Kramer would be like cake with no icing – bland. You have to wonder how many doors the production went through over the years, as Kramer made his dramatic, deer-in-headlights entrance show after show?

Executive assistant to the evil Montgomery Burns, Waylon Smithers is President of the Malibu Stacey Fan Club and closeted Mr. Nice Guy. He’s the only sidekick on our list that actually lusts after his “straight” partner!

There’s only one man who can manage the flightiness of movie star Vincent Chase, and that’s Eric Murphy, who struggles to control his best friend’s career while maintaining a professional exterior, growing his client base and being an all-round nice guy to boot. Special sidekick props to Turtle for his driving skills and Drama for keeping them well-fed!

Questions of sexuality aside, Robin always had Batman’s back in the camp sixties TV series. KAPOW! He was portrayed by Chris O’Donnell in the 1997 movie Batman and 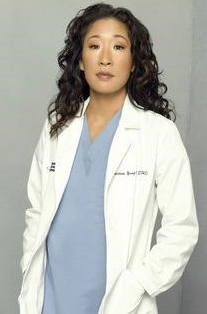 Robin, which is widely lauded as one of the worst superhero flicks ever, so we’re still yet to see whether Robin will return anywhere in the new big-screen Batman series.

Dr Cristina Yang is more than Meredith Gray’s best friend: she is her go-to “person”, and as such she offers a giant pillar of support. Cristina’s acerbic wit and cut-throat attitude is the perfect balance to Meredith’s soft, whining, broken-bird vibe – and whether you love her or hate her, you have to admit the series wouldn’t be the same without Cristina.

As well as being Buffy’s best friend in the cult TV series, Willow Rosenberg was a witch who could seriously kick demon butt. Later in the show Willow also revealed she was a lesbian, but she never harboured feelings for the Buffster.