Twitter’s a funny old place. It began life as an online social network where you could shoot brief messages and share links with your friends, but as it’s grown, it’s given ordinary Australians an avenue to chat personally – sort of – with their favourite celebrities. Here’s our Top 10 Twilebrity list, Oz style. 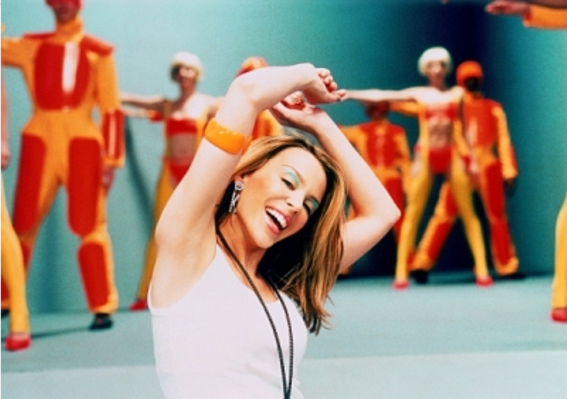 Rove: @rove1974
Rove McManus is a constant tweeter and updates every day, sharing behind the scenes photos from his talk show and quirky observations on life – like, “I like cake forks. They make me feel like a giant.”

The Veronicas: @jessicaveronica & @Lisa_veronica
Brisbane-born twins The Veroncias are dominating charts worldwide and as they conquer, they Twitter. They’re not immune to the odd vent, either, as Jess recently demonstrated when she lost her luggage on a non-Australian flight. “THIS IS WHY I INSIST ON FLYING ONLY QANTAS PEOPLE!!”

Dave Hughes: @DHughesy
If you listen to Hughesy on Melbourne radio or see him on Channel Ten’s The 7pm Project, then you know he’s totally random. So are his tweets. “I’m watching The Dark Knight while my loved one does the ironing and dishes and becomes the dark wife.”

Kylie Minogue: @kylieminogue
Even though she hasn’t called Australia home for over a decade, we thought it was only fair to include one of our biggest musical exports on our list as she keeps us updated from her first ever US tour!

Mia Freedman: @miafreedman
Author, media personality and idol to many young women, Mia Freedman is a frequent tweeter, and she uses the platform to push her own site (where she blogs), comment on newsworthy events, or just offer totally random thoughts, such as, “Why does there have to be so much death in animal/nature documentaries…?”

Ruby Rose: @rubyrose1
Miss Rose is everywhere at the moment through her TV hosting gig with MTV and Channel Ten, so she’s travelling the world, hanging with the stars, and sharing it all on Twitter. She even includes the gritty bits: “I have split the side of my lip it’s been a week it won’t heal!! Too much smiling lol. Ouchhhh”

Wil Anderson: @wil_anderson
If you want a good laugh, follow comedian/radio/TV star Wil Anderson as he posts one liner’s about the day’s news. “Twilight star Robert Pattinson hit by taxi. Taxi driver then beaten to death by 14-year-old girls…”

Guy Sebastian: @guysebastian
Guy has been taking his followers with him all over the world as he records his new album. He often takes the time to chat with his fans during his Twitter sessions, which are so frequent that his wife Jules even complains!

Andrew G: @_andrew_g
The host of Australia Idol is on a mission to shoot a self-portrait everyday for 365 days straight – and you can follow his progress by following him on Twitter!

Prime Minister Kevin Rudd: @KevinRuddPM
Our most-followed Aussie on Twitter, K-Rudd (who uses that affectionate nick-name on Twitter) posts regular updates on life as the PM, where he is and what he’s doing. The man seems to be on the job 24/7!