If Pharrell’s Happy performance during last night’s Grammys left you scratching your head, don’t worry, because we’re going to explain what we think it means and why Pharrell is actually kind of a genius.

Reactions to Pharrell’s Grammys performance have been varied, with lots of people wondering “Has Pharrell been watching too much Grand Budapest Hotel?” and, “Ooh, did he just slide a quick Trayvon Martin and Mike Brown nod into his performance?” Some people have even come under fire for trying to make light of his wardrobe choice on Twitter (we’re looking at you, Zach Braff! When will people learn that is not OK to compare people of color to monkeys, like, ever?).

And while the answers to those two former questions are (sigh) no and yes, respectively, there’s actually a whole lot more going on in Pharell’s performance than just a few quick nods to anything.

More: Watch Pharrell give Taylor Swift the death stare at the Grammys

Let’s get this party started!

Anyone watching Pharrell’s “Happy” intro last night could tell that we were in for something different. Pharrell began the song by soberly speaking the beginning lyrics to the usually (almost unbearably) upbeat track from Despicable Me 2, while his words echoed around him in multiple other languages. He looks around in confusion as those words bounce around the stage, while hoodie-clad backup dancers enter solemnly.

And when he gets to that first “because I’m happy” line, it’s obvious that this rendition of Pharrell’s famously catchy song is anything but.

But not everyone got it. Both Zach Braff and Elite Daily put out tweets comparing Pharrell to the famous flying monkeys of Wizard of Oz fame.

Grammys are time-delayed in LA (?!) but someone just sent me this: #IWoreItBetter pic.twitter.com/5R9yMJREDo

To be fair, it really does seem that Braff is just claiming his flying monkey character in Oz the Great and Powerful wore the bellhop costume better and he wasn’t trying to be a racist asshole. But our very complex American past is rife with similarly made (and certainly racist) black-Americans-as-animals comparisons, making this one of those moments when you want to kind of smack Braff on the nose with some rolled-up newspaper and say, “Dont. Do. That!”

Elite Daily went one step further in actually posting a side-by-side comparison in this tweet:

Now, I know that discussing the ramifications of these tweets is like wading into a pool of quicksand to fetch a prize — it’s incredibly likely that I’ll sink before I get there. But there is a lot going on here that deserves unpacking if you want to fully understand Pharrell’s performance and wardrobe choice.

Wait, how are flying monkeys racist?

Let’s start with the obvious: Yes, the outfit on the flying monkey from Oz the Great and Powerful (voiced by Zach Braff) is remarkably similar to the one worn by Pharrell. In the original 1939 The Wizard of Oz, the flying monkeys were also dressed like bellhops — but why? Deciphering the cultural relevance of their dress requires looking at the original book, The Wonderful Wizard of Oz, as well as taking a tiny peek at the history of the American bellhop. 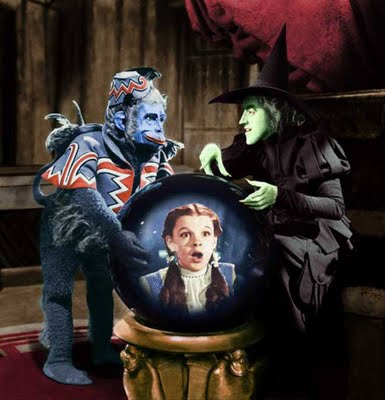 In his original book, L. Frank Baum wrote that control of the flying monkeys belonged to whomever wore the magical “Golden Cap” — in this case, the Wicked Witch of the West. When Dorothy killed the witch, she took posession of the cap and used it to get back to the Emerald City before setting the monkeys free.

It has been posited that Baum fashioned his flying monkeys as slaves who deserved to be free as a result of living in the post-Civil War era. The bellhop uniform used in the movies can be seen as a symbol of slavery, even though the film never brings up the Golden Cap.

More: How to talk to your kids about racism

So, bellhops are bad?

No, bellhops are good, but today’s bellhop is a descendant of the old-world porter, which is a profession that has been around since ancient civilizations realized that conquered human beings made excellent “beasts of burden” for the ruling class. Hence, a porter of yesterday, or a bellhop today, isn’t exactly part of the top 1 percent.

Which leads us to the complex (and pretty racist) history of the American “service class” — a workforce traditionally associated with black Americans before the Civil Rights Movement created more and better opportunities for these workers.

Black bellhops were the “norm” during much of our early American history and they were not only fetishized, but immortalized as well in some of the tackiest kitsch you can possibly imagine. There is, in fact, a whole community of collectors devoted to the accumulation of this (now vintage) “Black Americana” memorabilia.

Don’t believe me? Just look at this: 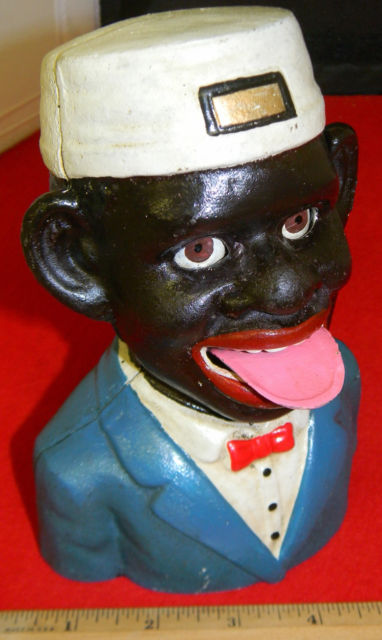 Pharrell’s choice to dress as a bellhop suddenly seems a lot more relevant, doesn’t it? As a performer, he’s entering the stage as a bellhop before he “hops to” performing for the American audience — an audience that, let’s be honest, is prone to selective memory, especially when cultural concerns are brought up. We’re also widely under-educated on a lot of fronts. Just look at how many people made the Grand Budapest Hotel lobby boy association and left it at that — why in the world would Pharrell want to give an homage to Wes Anderson?

Pharrell = genius = deserves all the Grammys

Which brings me to this: Pharrell is a genius and the social commentary makes it evident his performance was almost too smart for us. He knows the Grammys are for entertainment, but he’s also a socially conscious artist who feels a responsibility to use his celebrity for good. At the end of this performance, which delivered plenty of spectacle for audiences uncomfortable with “meaning” to cling to, he thanked God and said, “As you can see, I’m at your service, Lord.” Pharrell isn’t just up there to make us dance, he wants to make us think, as well.

Because at the end of the night, Pharrell’s Grammy performance was more than just a Trayvon Martin and Mike Brown tribute — it was a very smart artistic commentary on the black experience in America. Pharell was saying, “We may think America has come a long way since the days of the black bellhop, but where’s the happiness?”

Because if being happy is indeed part of the American dream, it is still eluding large parts of America.

Meanwhile, much of the Grammy audience stamped their feet and cheered, oblivious to the message and just relieved that after that tense beginning, Pharrell got on with singing his song the way we all wanted him to sing it… all while carrying our cultural baggage in a bellhop uniform.