It would be easy to believe that Dove Cameron, the beautiful and bubbly star of the hit Disney Channel series, Liv and Maddie, has always lived a charmed life.

After speaking with her for only a few minutes, in fact, it’s hard to imagine anyone could ever be anything but reciprocally kind to someone so genuinely good.

On her own struggles with bullying

The truth, though, is that Cameron — like so many young men and women today — battled a societal epidemic that, until recently, was often heard about but never actually discussed: bullying.

“School for me was not the best,” Cameron opened up. “I actually left school in the seventh grade because I was being so severely bullied.”

But why was she a target? Well, that’s a complicated question with an even more complicated answer.

“I don’t know that there’s any rhyme or reason to bullying… it’s not even the bully’s fault, which is why it’s such a difficult thing to combat. It’s not like you can say, ‘This is the right side and this is the wrong side,’ because obviously a happy person is never going to want to inflict pain on somebody else. So the bullies are really victims themselves and yada, yada, yada, pop psychology, but it’s true,” she said.

But Cameron intends to help curb bullying any way she can and, come Feb. 8, that includes the airing of a special episode of Liv and Maddie that sees the girls and their friends confronting a fellow schoolmate who has been “rating” them based on their looks. 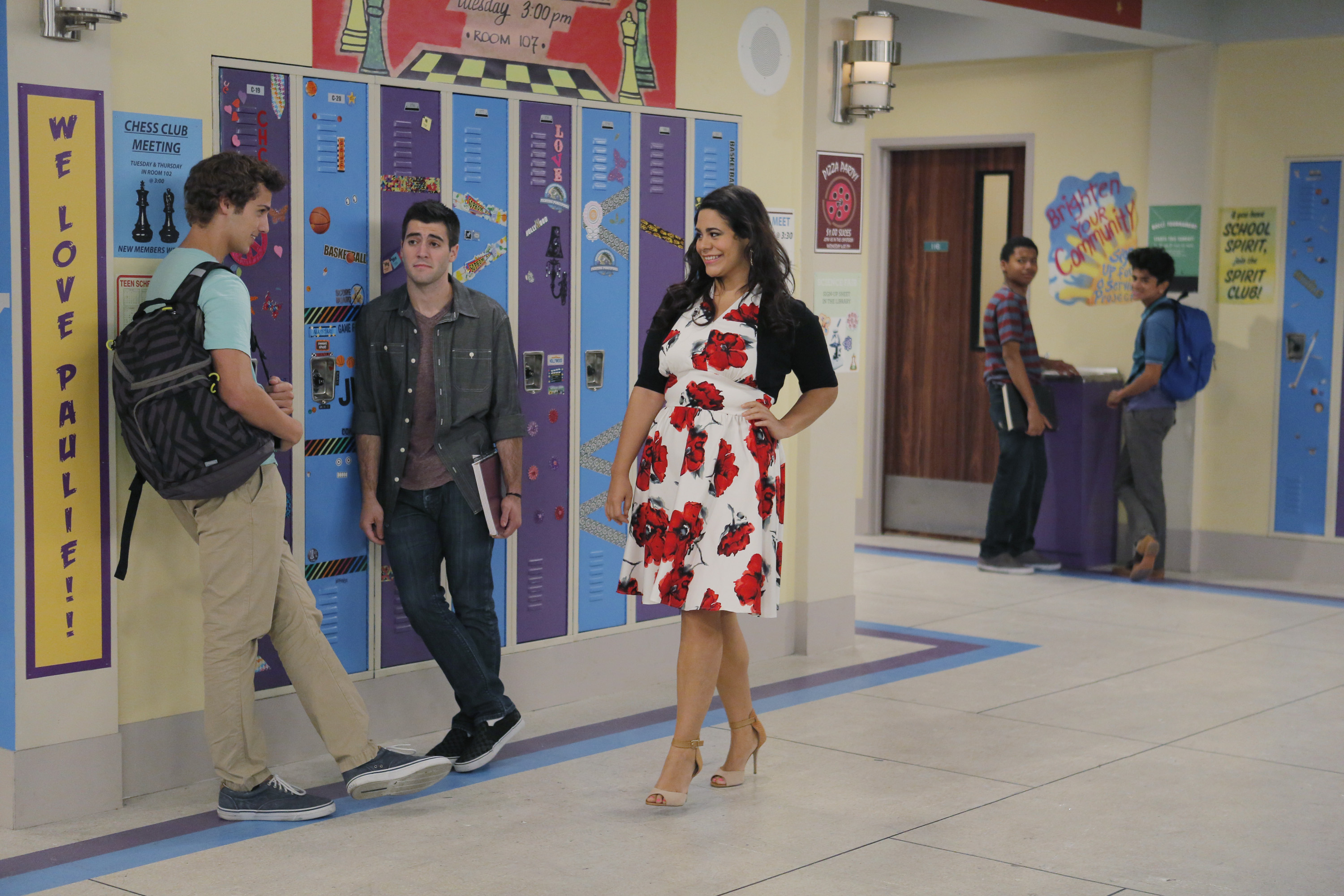 It’s a script the 19-year-old actress is particularly proud to be part of.

On tackling the topic through Liv and Maddie

“I thought it was really beautiful. I read it as we were doing our first table read Wednesday morning and it made me cry, you know? It was a teary episode for me!” she shared, laughing. “I’m proud of us. I’m proud of this cast and crew for trying to pull off something as touching and relevant as this.”

Still, in some ways, Cameron wishes there wasn’t a need for the episode. “I’m a little sad that it’s still so relevant,” she said, “but I’m also just proud of this generation for being so aware and for everybody being so in touch with their feelings and really trying to create waves and send out a positive message.”

In the episode, many friends feel the need to change their looks to try to pander to the boys mandating the ratings. Happily, they ultimately rise above the insularity to embrace all those things that make them unique.

On the inherent beauty of “imperfections”

Which begs the question: Was Cameron ever singled out for a perceived “flaw” she has since come to love?

“Oh, my God, yes! Let’s see, I got made fun of all the time growing up for being too small,” she started. ” A lot of people thought when I was 11 that I had an eating disorder, simply because of my size.”

And that, she says, is indicative of the many layers of bullying that exist. “Body-shaming in general is so upsetting and it has become so popular to have the whole conversation of body-shaming be about being overweight.”

Sadly, this polarizing focus has led to a backswing. “We have kind of gone in the other direction where we are shaming girls who are naturally very thin and that’s not fair, either,” she elaborated. “No one wants to be called a Skeletor and no one wants to be accused of harming themselves in that way — and while I don’t try to keep an 11-year-old frame, I have come to accept the fact that I’m very small.”

Cameron also rattles off her “big forehead” and “really crooked teeth” as what others have seen as flaws, but which she now finds beautiful. “I like little imperfections,” she said. “I think every girl has a laundry list of that kind of thing, right?” 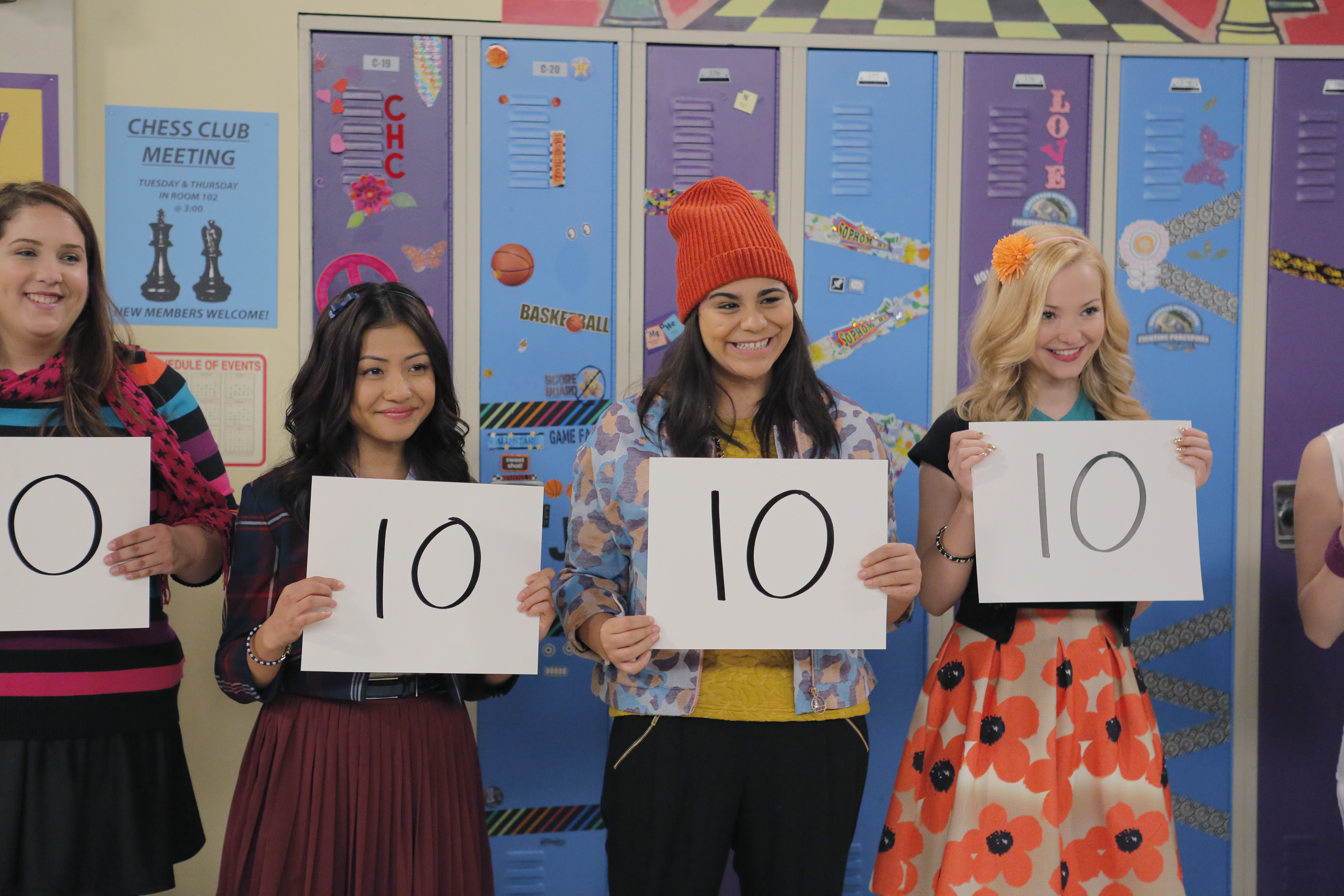 On the trouble with assumptions about bullies

Of course, because of Cameron’s looks, she — much like another ambassador against bullying, The Kind Campaign’s Lauren Parsekian — has been met with the occasional, “But you’re so pretty… why would anyone pick on you?”

In speaking with people who have approached her about being bullied, Cameron has uncovered a revelatory truth.

Of course, most people being bullied don’t see it that way.

Cameron doesn’t actually think bullying is based on anything insulting. Rather, it’s a matter of the bully feeling as though they lack something within themselves.

On the secret weapon against bullying

And one of the most powerful weapons we have to fight back against the negativity bullying stems from — and creates — is a sense of community, insists Cameron.

So it’s Cameron’s sincere hope that with the upcoming episode of Liv and Maddie, she can contribute to fostering that sense of community — starting with fans.

“Even though at times people don’t think art or film can have such a huge impact on the undercurrent of conversations among youth, it can fuel sort of mini-revolutions and changes in schools,” Cameron told us, “and I think this episode just has a huge opportunity to start that conversation in a younger crowd or to at least give strength to one that is already going.” 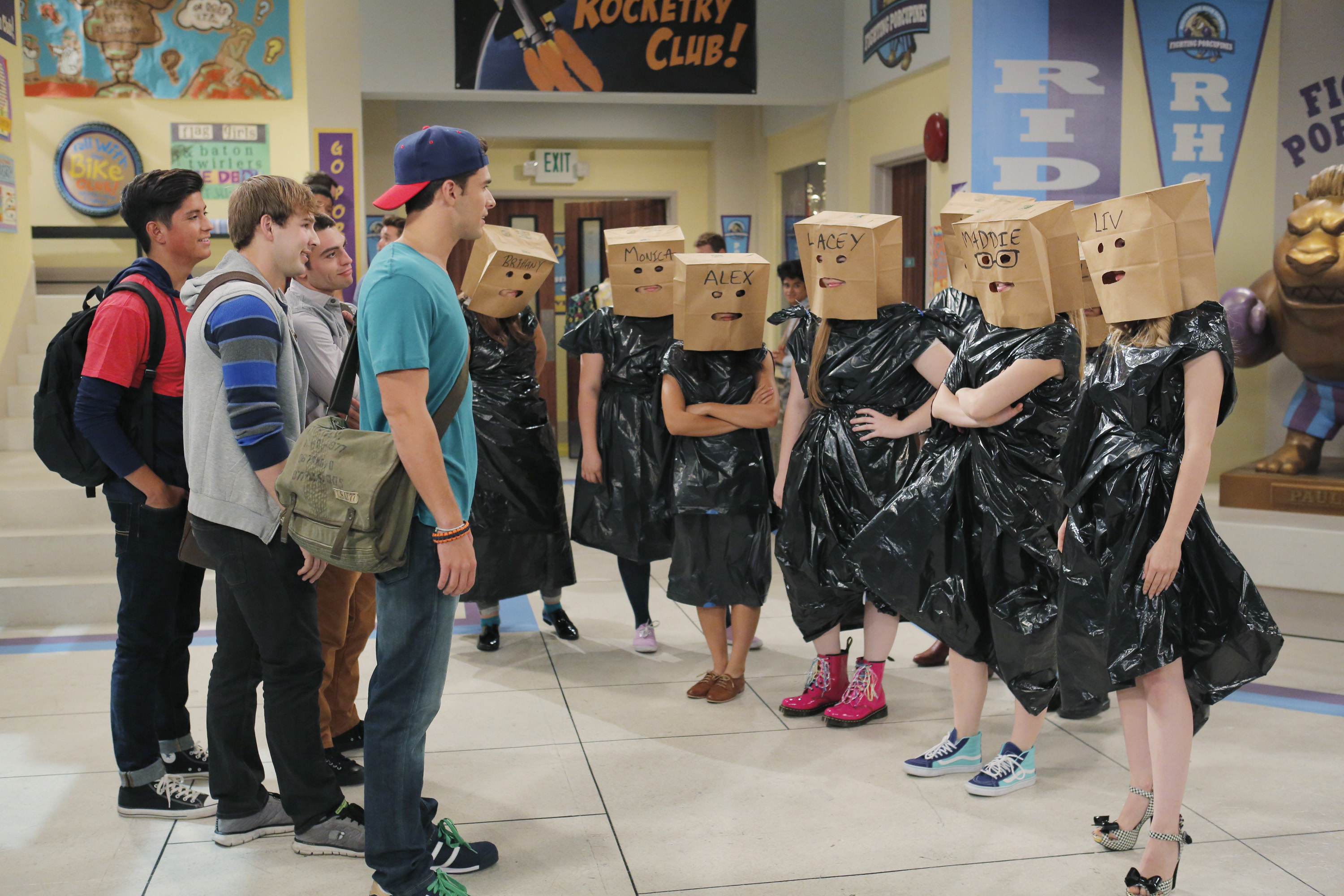 As for how she hopes to impact people personally, Cameron simply hopes to perpetuate that conversation.

“I hope to be regarded as someone who generally has a lot to say on this topic,” she said, “and maybe sort of a voice for people who hope to rise above negative language and negative environments and turn their lives into something beautiful.”

Don’t miss this special episode on Sunday at 9/8c on the Disney Channel!

PLL‘s Keegan Allen feels empowered by Shay Mitchell’s story line
Azie Tesfai: How being from a third-world country helped me define myself
Anne Hathaway tears up while talking about women who’ve bad-mouthed her (VIDEO)