Boris Becker’s daughter may never be able to escape the controversy surrounding her early years but making a name for herself in the fashion world could help. 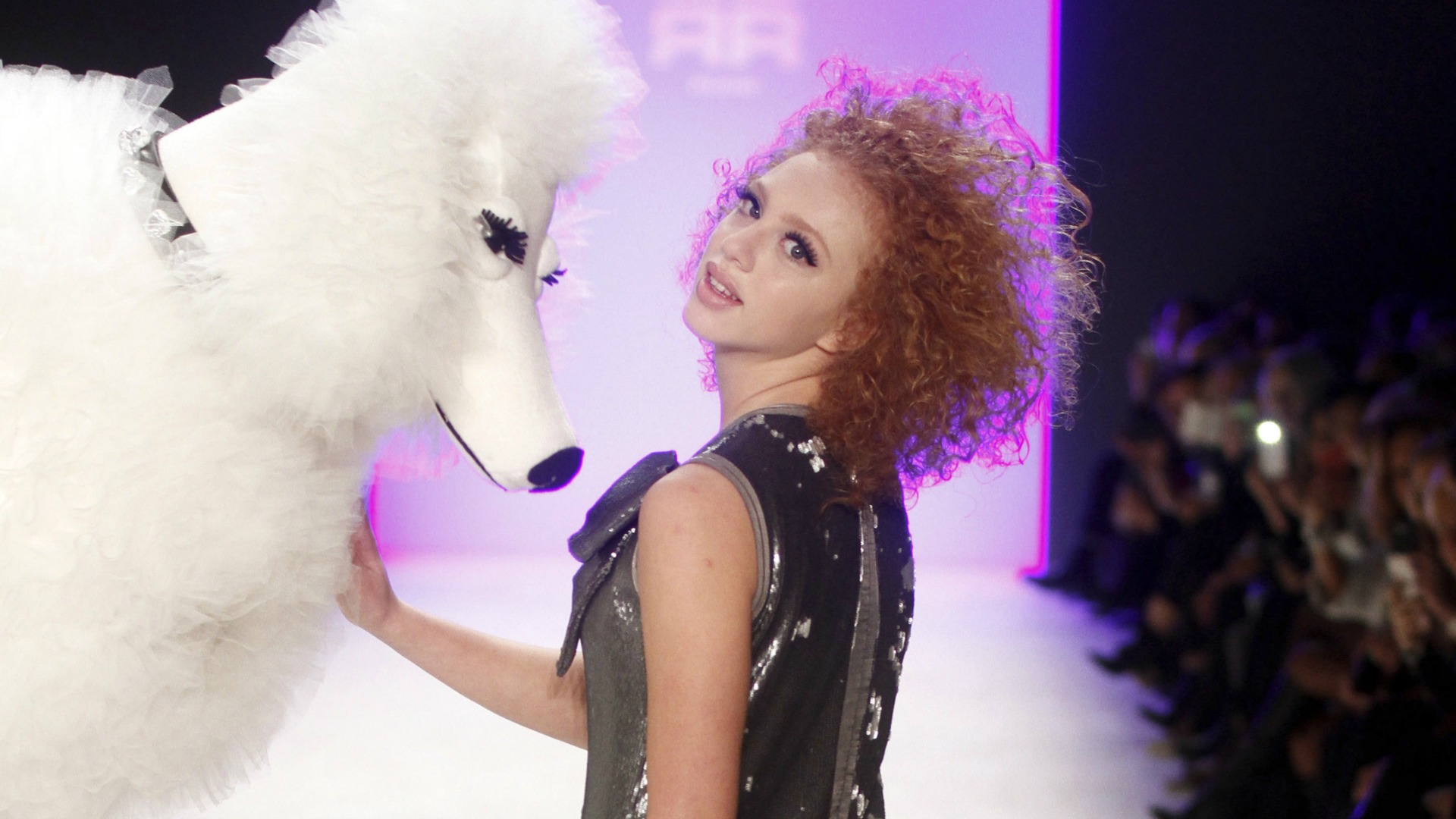 You might not recognise the name Anna Ermakova but you know who she is. In fact, most people knew of her when she was only a baby, thanks to her celebrity father and, um, where she was conceived. Tennis superstar Boris Becker is the daddy and a store cupboard at London celebrity haunt Nobu was the spot. (Initially disputed by Becker, although he later admitted making love to Anna’s mother Angela Ermakova on a staircase between two bathrooms in the restaurant.)

More: Was this the most emotional National Television Awards ever?

Anna is back in the news this week after making her catwalk debut at Berlin Fashion Week. Looking much older than her 14 years, the resemblance to her famous father is unmistakable.

The striking, statuesque redhead strutted down the catwalk for German designer Riani, wearing a sparkly silver mini dress and accessorised with a giant white poodle.

Becker publicly acknowledged Anna as his daughter in 2001 and was granted joint custody of her in 2007. The proud father posted a link to a picture of Anna’s modelling debut on his Twitter page with the caption “What a beautiful young lady #Anna #family #Berlin #mbfw”

More: Emma Bunton and other celebrities who never look any older