There are high hopes for the Olympic heroes competing for British Gold this summer and they are worthy of such acclaim. Hosting the games is only adding to the pressure and the build-up has been immense, but we have a team we can be extremely proud of already. 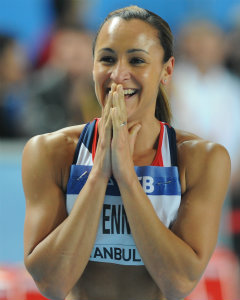 She has graced the cover of women’s magazines, appeared in countless television and print ads, and is already the darling of Britain’s women Olympic athletes. Jessica Ennis is a force to be reckoned with and the bookies are placing her as a firm favourite to bring home gold this summer. She is the 2011 European heptathlon champion — she didn’t participate in 2012 because of the event’s proximity to the Olympics — and also the former world heptathlon champion. She was cruelly kept from the 2008 Beijing Olympics due to a stress fracture in her foot so, despite being one of Britain’s leading athletes, she is yet to grace the Olympic stage.

The current commonwealth and world champion for the 400 metre hurdles, Dai Greene’s time has only been beaten by Kriss Akabusi. A Welshman by birth, he competes both for Britain and Wales. In 2010 he won gold in the 400 metre hurdles at the European Athletics Championships in Barcelona and again at the Delhi Commonwealth Games that same year. 2011 saw him take gold at the World Athletics Championships in South Korea and he was later named an Ambassador for the Jaguar Academy of Sport. 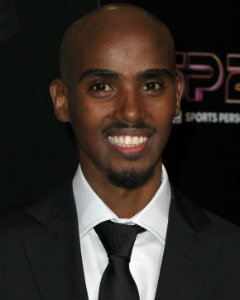 Mohammad “Mo” Farah is a Somali-born British national and track and field athlete who currently holds the title of 5,000 metre world champion. His wins are too long to list but suffice it to say, he is a serious contender to lead Britain to victory this summer. His accolades have made him an ambassador for Bupa, Lucozade Sport and Nike, and last year he was voted European Athlete of the Year from 12 very competitive nominees.

Aged just 20, Holly Bleasdale is one of Britain’s new-generation athletes and a bright star on the British team. A current record holder, she is a track and field athlete who specialises in the pole vault. She has competed in the 2010 World Junior Championships, the 2011 European Indoor Championships and the European Team Championships. So long as her nerves hold up, there are high hopes that this fantastic young athlete could bring one home for Team GB.

18-year-old Adam Gemili is predicted by many to be the fourth Brit to be world 100-metre champion, being the sprinting sensation that he is. Having recently eased through the World Junior Championships in Barcelona winning his 100-metre heat, Gemili is fast becoming one of greatest young heavyweight hopefuls for another gold medal.