The incredible success of The Hunger Games books and film have inspired a trend for post-apocalyptic fiction. 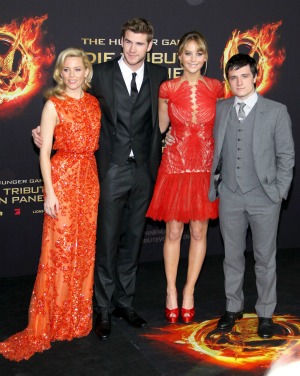 If you loved The Hunger Games novels by Suzanne Collins, and can’t wait to see the rest of the movies, here are three books with similar themes to keep you going…

Many fans of Japanese novel Battle Royale, and its 2000 film adaptation, have suggested it may have been the inspiration for The Hunger Games. The gory book tells the story of a group of teenagers who are taken to an isolated island and must fight their classmates until only one survives.

Set far in the future, Uglies imagines a world where all teenagers are given an operation to become equally beautiful at age 16, in the hope of preventing war and rebellion. The protagonist Tally discovers a shocking secret about the operation and makes it her mission to spread the word.

Roth’s debut novel Divergent is set in dystopian Chicago, where teenagers take a test to decide which of five factions of society they should belong to. When the main character Beatrice is selected for a different society to her family, she has to choose between her own desires and her sense of loyalty.