It’s hard to imagine life before Pippa: She’s rarely absent from magazine or newspaper covers, and climbs the celebrity stairs with the ease only a Royal associate could achieve. William and Kate’s wedding was watched the world over, yet Pippa’s derriere attracted almost as much attention as the heir to the throne. Within hours, a Facebook page had been created in its honour! 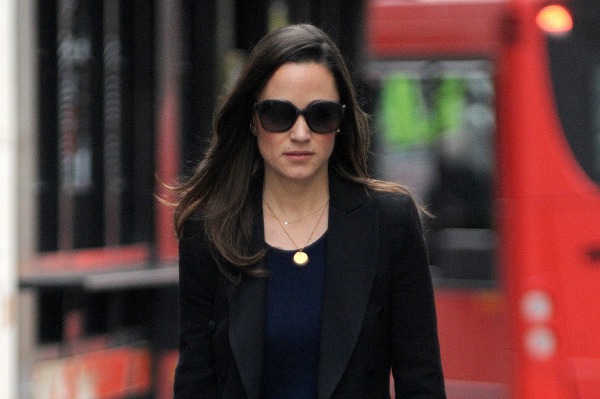 The younger sister of Kate, the girls have a brother called James (another sought-after partner these days). After attending the private boarding schools Downe House and Marlborough College, Pippa studied English Literature at Edinburgh University, not too far from St. Andrew’s where her sister met Prince William.

As a young woman known for her love of partying, it’s no surprise she worked briefly at a public relations firm following her graduation in 2008. She then accepted an events management job with Table Talk, a London-based company that organises corporate events and parties. Today, she works part-time for her parents’ company Party Pieces, and edits the online magazine Party Times. Most significantly, she has recently accepted a £400,000 advance to write a party-planning book under the working title Celebrate. Every time eyebrows are raised in the press over her socialising ways, the future of this book is questioned, but it remains slated for release this autumn.

In 2008, Tatler magazine crowned her with the title “the Number One Society Singleton” and, more recently and probably more flatteringly, she was listed in Time Magazine’s “100 Most influential people in the world.”

Pippa Middleton is currently single, having recently experienced the end of her 18-month relationship with Alex Loudon, the 31-year-old former England cricketer who apparently could not handle the media circus that enveloped their lives. She is reportedly devastated at the end of the affair, but is not short of suitors and a rumoured upcoming move to New York will only add to that attention.

One thing is for sure — Pippa Middleton is set to become a fixture on our press covers for some time to come. Whether it’s her latest outfit or latest love affair, the international interest in the sister of Engand’s future Queen is unrelenting and, should she use that position wisely, she will no doubt achieve amazing things.

Is Pippa Middleton’s new irritating to the royals?