We’re all in support of a good-natured Fifty Shades fangasm, but fans of the series should know that before Jamie Dornan stepped into Christian Grey’s controlling shoes, James Spader stepped into Edward Grey’s in the 2002 film, Secretary.

And if you think it’s interesting that both of these domineering men share the same last name, you’ll be more than fascinated by the other things these films have in common.

Both films feature a meek woman who meets, and falls for, a powerful man 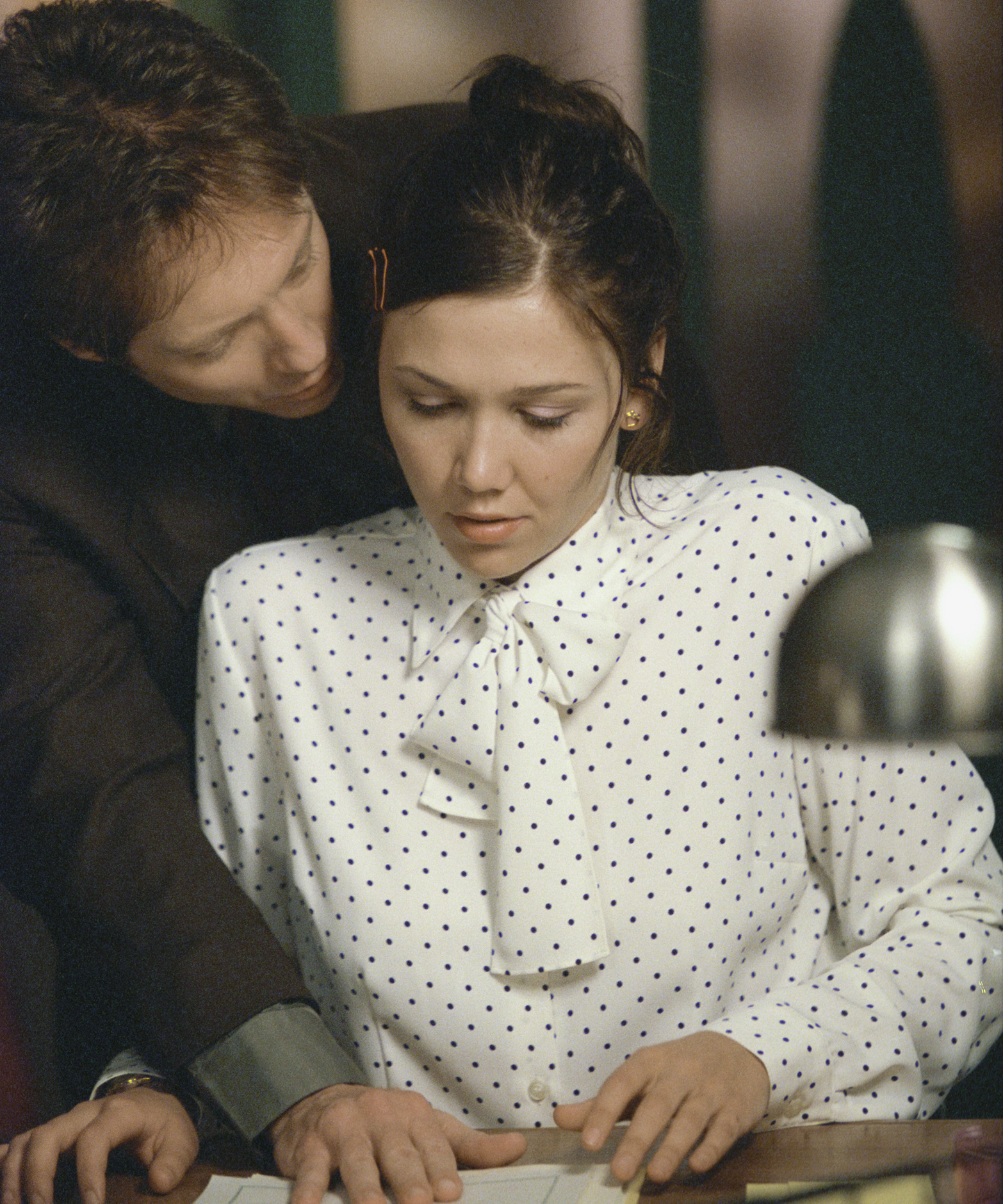 In both cases, the female character is already submissive, leading the Mr. Greys to pursue her.

Both men are powerful, but lonely 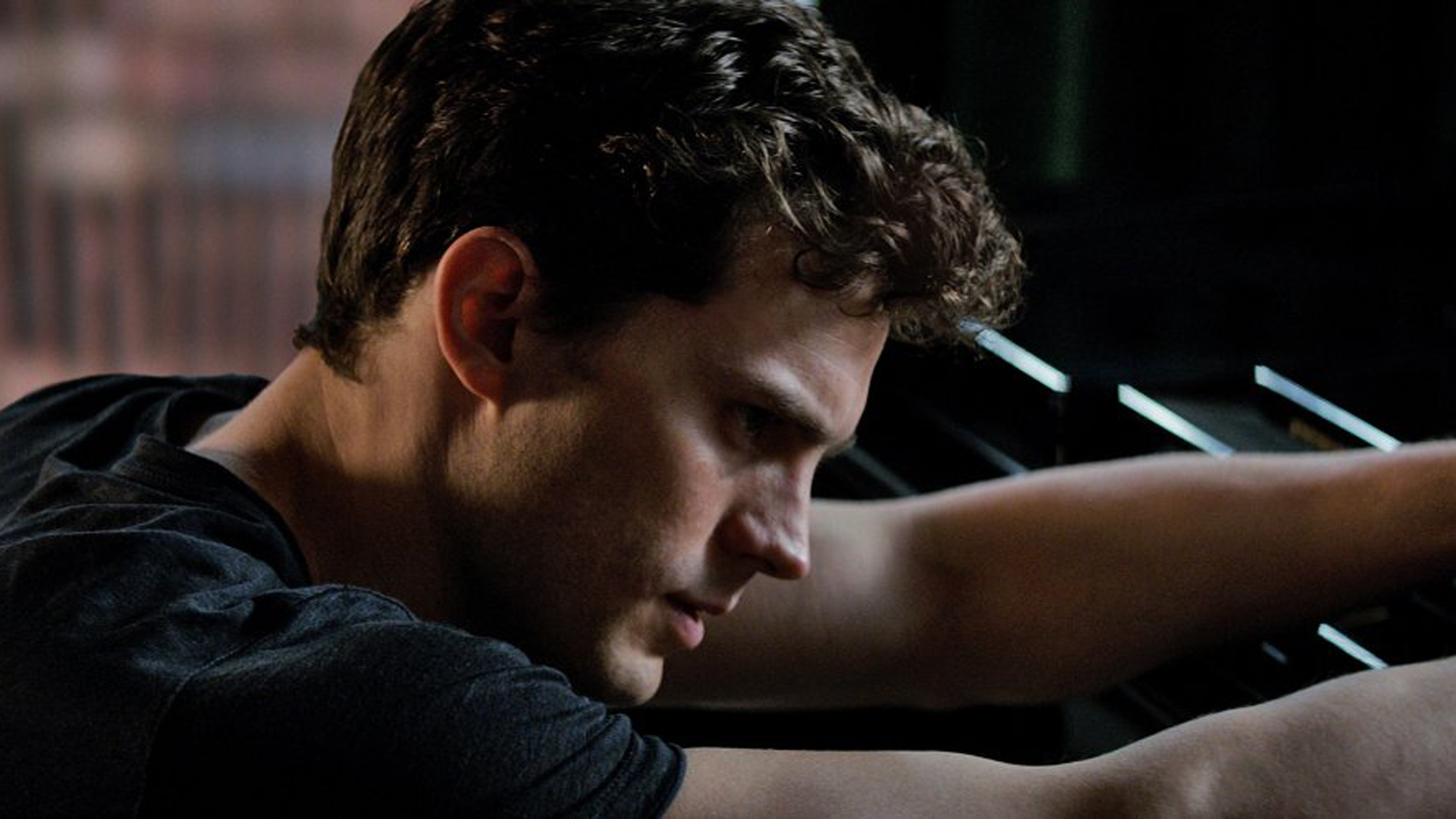 While Edward Grey doesn’t have as much money as the entrepreneurial Christian Grey (and let’s be honest, who does?), the two are both powerful men with successful businesses who should be happy, but ultimately aren’t because… something is missing. That something, it turns out, in both cases is a woman who understands and can meet their sexual needs.

Both films tell a story about sexual awakening, but… 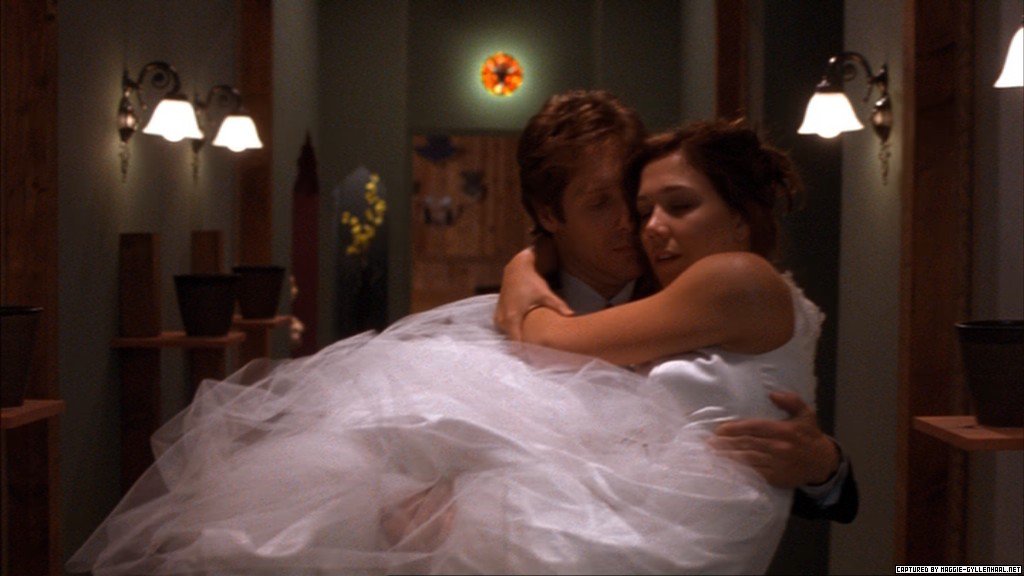 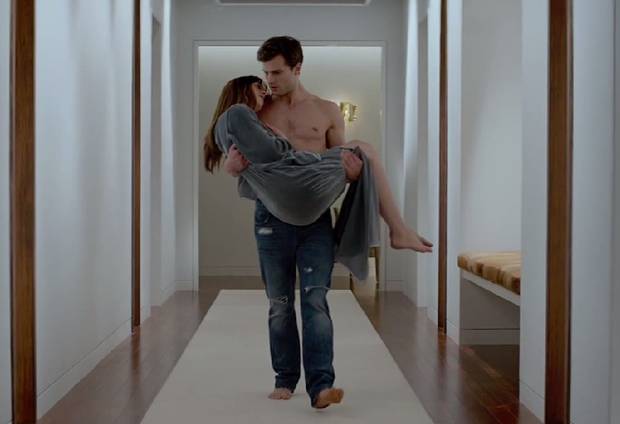 Perhaps the most important difference here is that Secretary isn’t trying to sell BDSM as relationship spice. Gyllenhaal’s character, for instance, mails her Mr. Grey a dead worm in order to raise his controlling ire. She types up the most perfect memo she possibly can and then makes (and does not correct) an error in order to get spanked. Her submissive personality is at once turned on and soothed by Mr. Grey telling her how many peas she can eat or how much ice cream to enjoy, and when she sits at his desk for three days straight as a symbol of her love and commitment, Spader’s Grey rewards her with pure unadulterated dotage.

In Fifty Shades, we trade these awkward, tender and sometimes unbelievably vulnerable moments in for more raw physicality, which reinforces the BDSM-for-shock-value element inherent to the franchise. We also get more sex than Secretary delivers, though, and — let’s be honest — who wants to complain about that? 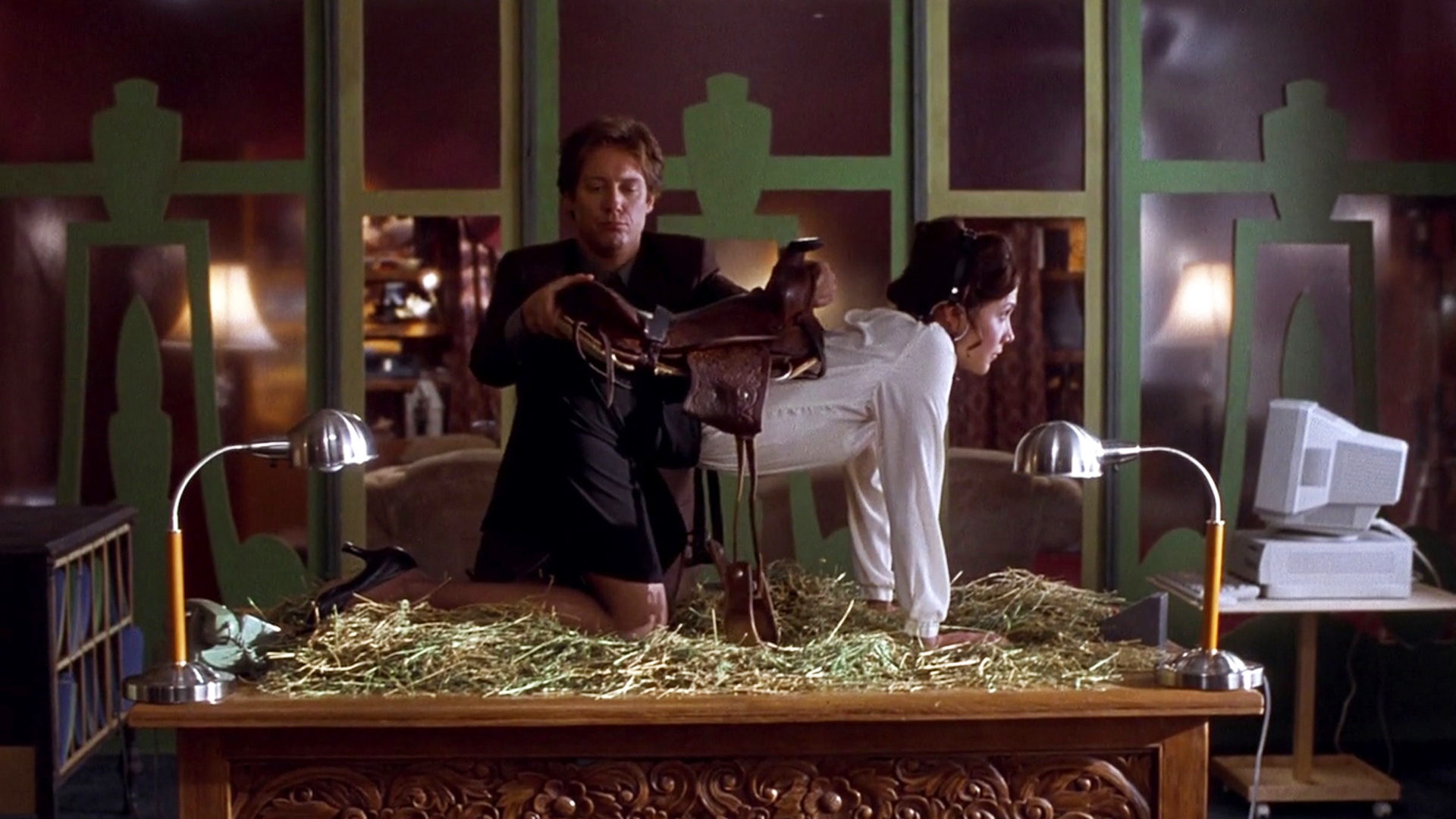 There is a lot of sensuality (and humor) in watching Gyllenhaal and Spader’s characters discover their common interests in Secretary. While Spader’s Grey is further along than Lee, sexually speaking, he is in no way ready to own it and instead harbors a deep-seated self-loathing for “the way he is.” Watching Secretary‘s Grey and Lee negotiate the rules of their relationship, without either one really understanding what kind of relationship they are in, creates a truly moving and emotionally cathartic story arc while still being sexy. 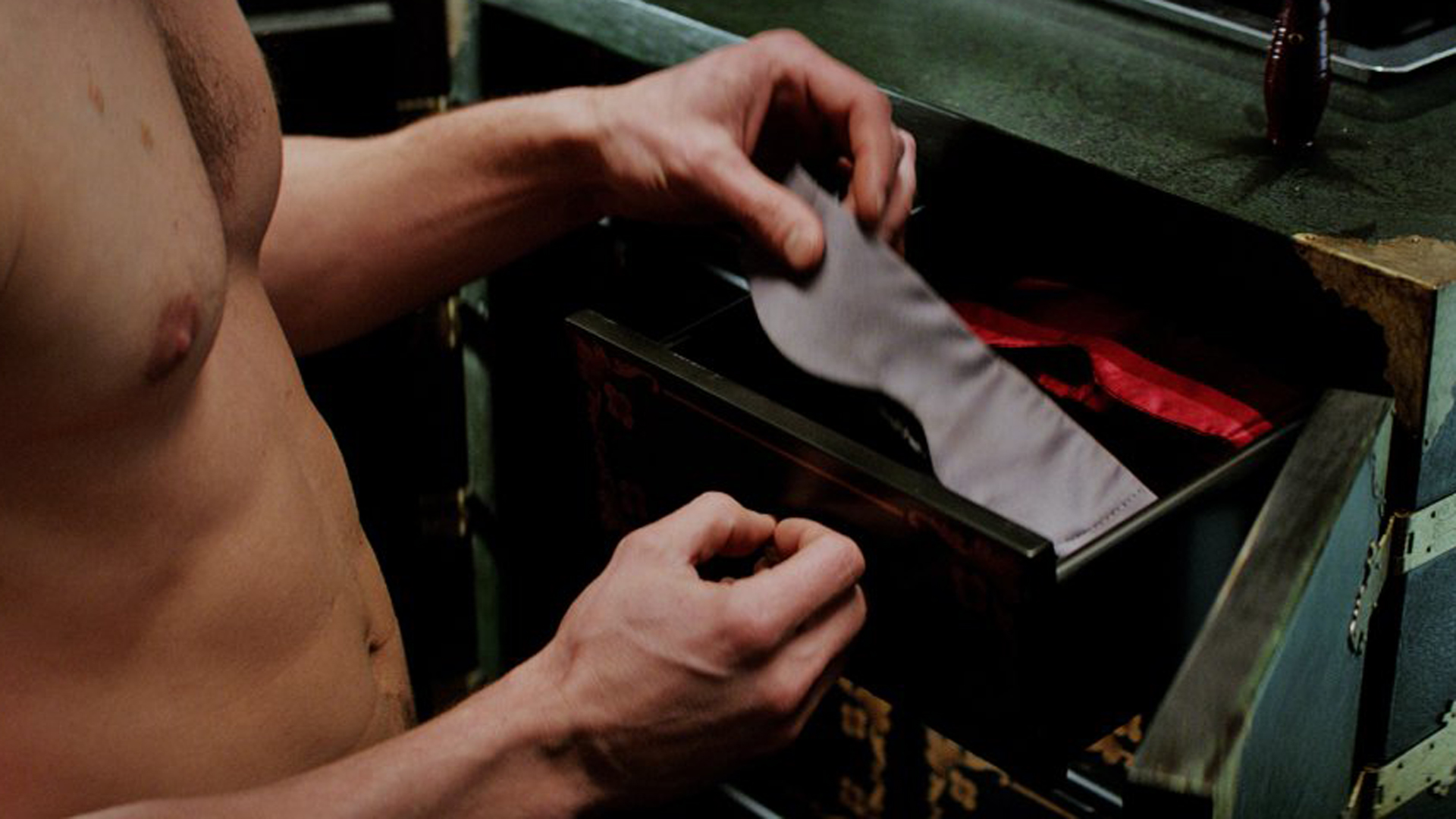 More: Fifty Shades quiz — are you a dom, sub or something in between?

Fifty Shades of Grey hits theaters Feb. 13, but you can watch Secretary any time on VOD and Digital HD.