The first round of Grammy performers was announced Tuesday and it’s chock-full of the biggest names in the industry.

Ariana Grande, Madonna, AC/DC, Ed Sheeran and Eric Church are all confirmed to hit the stage at the music awards show, which will be held at the Staples Center in Los Angeles on Feb. 8.

Madonna is, of course, an awards show veteran. Her performance at this year’s show will mark her fifth Grammy performance. She joined Macklemore and Ryan Lewis last year for their performance of “Same Love” and “Open Your Heart.”

Madonna first teased that she would be performing on Monday night, when she tweeted a picture of her “Rebel Heart” artwork together with a Grammy Award.

We definitely think the Grammys announcement of these initial performers was an obvious strategic play to pique interest, since each performer captures a different audience but still represents someone who is at the very top of their field.

Ariana Grande, Ed Sheeran and Eric Church are all nominated for awards this year. Madonna’s new album, Rebel Heart, will be released shortly following the show on Mar. 10. And AC/DC’s performance will give us our first glimpse of the group since their LP, Rock or Bust, was released. It will also be a key moment to see how the band will handle the fate of drummer, Phil Rudd, who has been charged with drug possession and threatening to kill in New Zealand. He is due back in court on Feb. 10, just two days after the Grammys, according to Rolling Stone.

Which performer are you most excited to see at the Grammys? 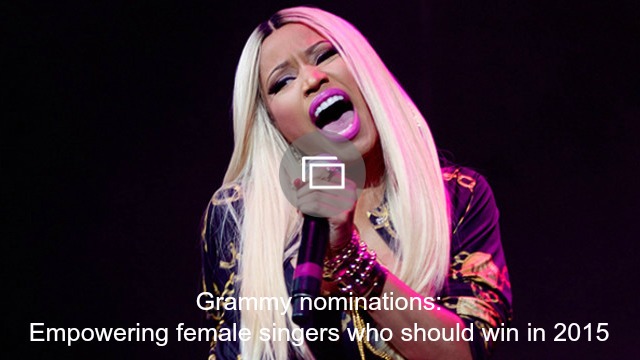