Miley Cyrus is starting to become more frightening than quirky — and frankly, we’re getting a little scared for her.

Since for all intents and purposes murdering Hannah Montana and leaving the vultures to pick at her cold, dead body, Miley Cyrus seems to be using sexuality as a goof — she’s not using her sexuality to be sexy, she’s using it to get people to talk about how over the top she’s being.

We’re getting a little afraid that “over the top” is rapidly becoming “out of control.” 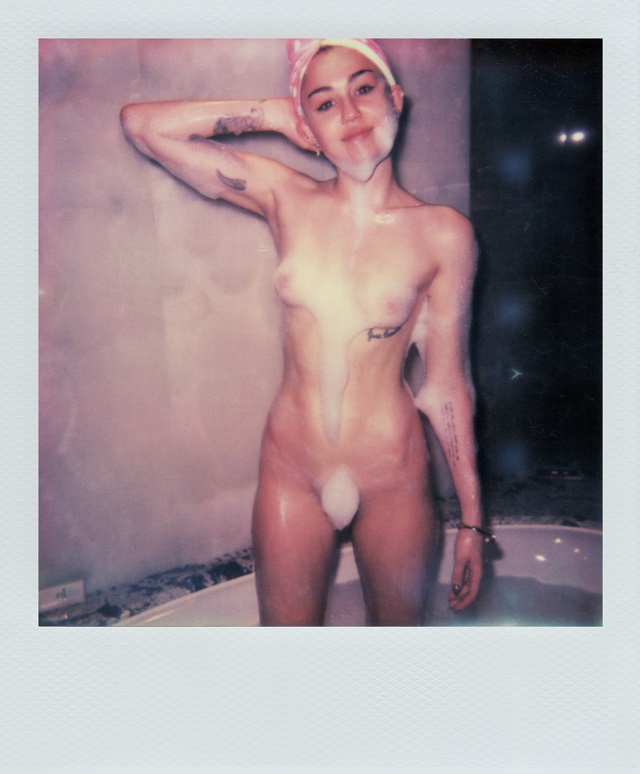 If taken by themselves, it might not be so bad, but consider photos obtained by the National Enquirer (yes, yes, but you’d be surprised by how often they’re right) that show Cyrus at a recording studio allegedly surrounded by drugs and paraphernalia.

The pics show Cyrus chilling with a pair of headphones on, looking at her laptop, and on a table in front of her there are large rolling papers, a rolled-up dollar of unknown denomination, a small vial of white powder and a pile of what looks like marijuana.

It’s no secret that Cyrus loves to toke — she has never been shy about that — but the harder stuff leaves us worried for her, especially considering the photo she posted right after the so-called cocaine pics leaked.

So here’s what we’re worried about: This isn’t some brilliant marketing ploy and it’s not a strangely manufactured image. We’re worried that the scary truth is she needs help, and needs it fast.

Maybe Maria Shriver can call in a few favors?