Women have always struggled to have their voices heard in Tinseltown, but tonight’s Golden Globes had Hollywood’s best ladies putting on blast all the goodness in their hearts. Check out these inspiring quotes.

“I have so many wonderful female role models here tonight. Women today have such a strong voice. I have a 4 1/2-year-old and am so grateful to have all the women in this room. You speak to her so loudly. She watches everything, sees everything.”

“After this storyline aired, I received a small number of letters from survivors of rape, and one woman summed up the thoughts of many by saying she wasn’t sure why she had written, but she just felt, in some way, she wanted to be heard. And I’d just like to say, I heard you, and I hope saying this so publicly means, in some way, you feel the world hears you.”

“You placed in my hands the role of Olivia, an underappreciated single mother. Thank you for shining a light on this woman and the millions of women like her and for allowing me to honor my own mother with this beautiful character. Thanks to my siblings and friends, who watched my kids while I was trying to build a career as a 20-year-old single mother.”

4. Maggie Gyllenhaal, who won for The Honorable Woman, said:

“I want to thank the trans community. They are our family. They make this possible. This award is dedicated to the memory of Leelah Alcorn and too many trans people who died too young. And it’s dedicated to you, my trans parent, my Moppa. You are watching at home right now, and I just want to thank you for coming out because, in doing so, you made a break for freedom. You told your truth. You taught me how to tell my truth and make this show, and maybe we are going to be able to teach the world something about authenticity and truth and love. To love.” 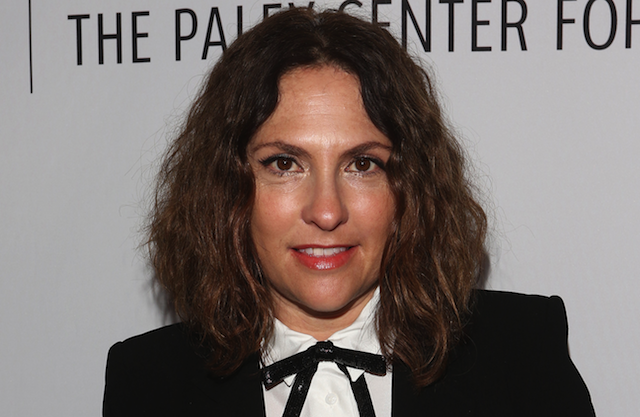 6. Gina Rodriguez, who won for Jane the Virgin, said:

“My mother always told me that a happy person is someone who had work and love. I want to thank Rich and Wash for this extraordinary opportunity to work. And I want to thank Bart and Cal and Liv for all that love.”

More on the Golden Globes