There are few women on this planet who could simultaneously entrance Tinsel Town hotties Jon Hamm and Ethan Hawke, but Anne V. Coates managed to do just that earlier this week.

On Wednesday night at Hollywood hot spot Chateau Marmont, Hamm was so taken with Coates that he got down on one knee and caused the rest of the establishment patrons to shout “Proposal!” according to TMZ. Hamm willingly obliged. 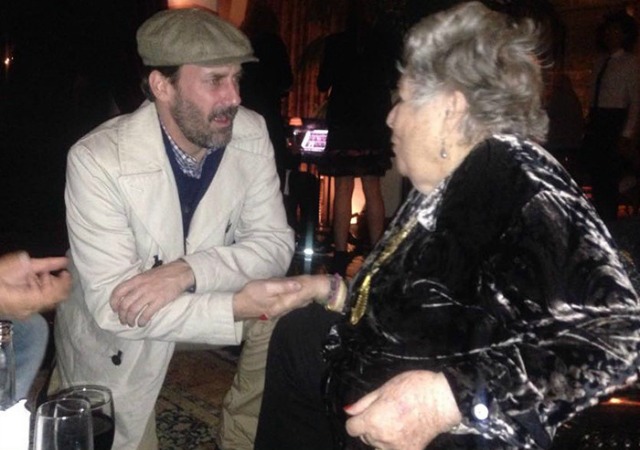 Moments after Hamm walked away from Coates, Hawke, the man who doesn’t believe in monogamy, pounced on the woman and proceeded to fawn over her and takes selfies. 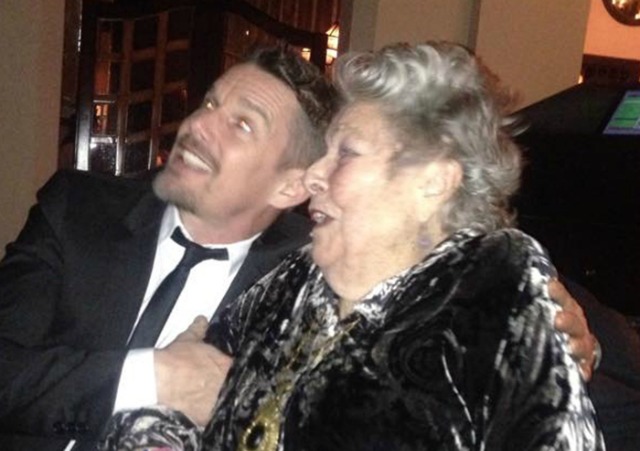 Who is this person who’s entranced both Hamm and Hawke, and how do we not know who she is? You may not recognize Coates’ face or name, but there’s a darn good chance you know her work.

The 89-year-old Brit has been a Hollywood staple since she began her career as a film editor in 1952 and has worked on more than 53 films since, according to IMDB. Coates left her job as a nurse at a pioneering plastic surgery hospital in England to pursue her dream of becoming a director, but she ended up finding her passion in the cutting room.

More: What made Bess Myerson different from any other Miss America

Editors are truly the unsung heroes of film. It doesn’t matter how amazing the acting or directing may be; if the editing isn’t brilliant, the movie is pretty much doomed. Coates is not only a gifted editor, but she also blazed the trail for powerful women in an industry dominated by men.

“In a way, I’ve never looked at myself as a woman in the business,” Coates said in an interview in 2000. “I’ve just looked at myself as an editor. I mean, I’m sure I’ve been turned down because I’m a woman, but then other times I’ve been used because they wanted a woman editor,” she added. “I just think, ‘I’m an editor,’ and I never expected to get paid less because I am a woman. I grew up with three brothers, and I never thought I would get paid less for anything than they did.”