How do you get the Beyhive buzzing?

Jan. 7 is already a pretty momentous day for die-hard fans of Queen Bey because it’s the adorably famous Bey baby, Blue Ivy Carter’s birthday. Now, Jan. 7 is momentous for a new reason: It will forever be the day Beyoncé followed someone on Instagram.

So, who is the lucky followee?

Her name is Thaisa Costa, and she’s from Brazil… and that’s all anyone seems to know about her.

More: Beyoncé and Jay Z are being sued: 5 Details on the lawsuit

Bey has never followed anyone on Instagram — not her husband, her sister, her former bandmates. So when her 23 million followers started to notice the follow, which happened at around 3 p.m. EST, according to Mashable, Thaisa’s Instagram went from around 2,000 to more than 6,000 followers, the site reports.

In less than a day, Thaisa had set her Instagram to private, but Brazilian media previously tweeted screenshots of followers accusing Thaisa in Portuguese of hacking Beyoncé’s account so she could follow herself.

The poor girl tried to defend herself, and then appeared to give up, just setting her account to private. 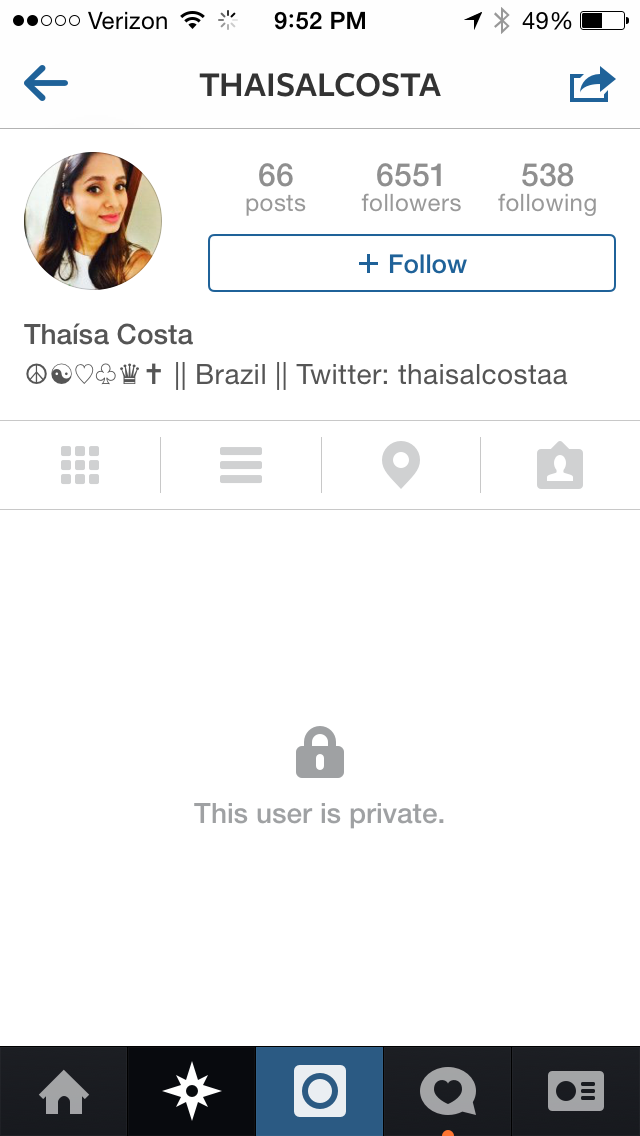 She has a Twitter account, too, but she’s only tweeted five times, and two of them are retweets of articles about her being followed by Queen Bey. In two of the others, she appears to be answering tweets from reporters who want to interview her for stories. And in the most recent tweet, posted early Thursday afternoon, she assured followers she uses her Twitter account, saying, “Gente tô usando sim,” which translates roughly to, “Yes, people, I’m using it.”

Shortly after following Thaisa, though, Bey unfollowed her, leaving us with no explanation. Was it an accidental follow? Did Blue Ivy get a hold of her mom’s phone? The world may never know.

What do you think happened? Was it an intentional follow, or was it accidental? Tell us what you think in the comments below!