Is Andrew Garfield prepping for an upcoming role?

It’s just that his facial hair appears to be a little out of control as of late. Garfield’s beard, albeit manly, is starting to look like it could be emitting a not-so-fresh odor and could benefit from just a wee bit of grooming. Emma Stone also has beautiful porcelain skin that is most likely sensitive and easily chafed, so the outgrowth can’t be good for their love life.

The only plausible explanation for cultivating the woolly mammoth on Garfield’s formerly baby-faced chin would be work, right?

While it’s true that many guys look downright sexy with a beard, we’re actually beginning to fear for Garfield’s well-being. Check out all the times The Beard has threatened to take over the actor’s life:

1. The Beard, trying to blend in in New York City and doing a good job 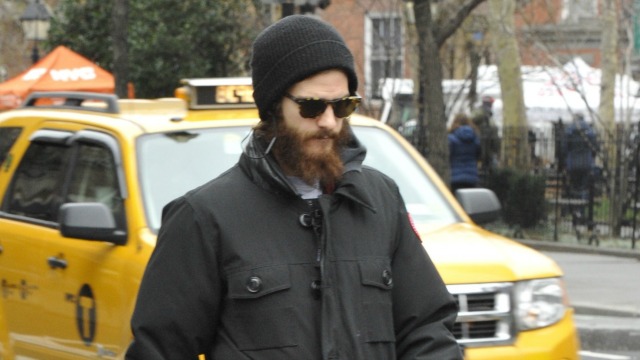 No need to shove a paper over your face to hide from paparazzi when this sweet set of chin pubes is rockin’ out in all its glory. Is it me, or does he actually kind of look like a dirty Justin Timberlake now?

2. The Beard takes his special lady friend for a walk 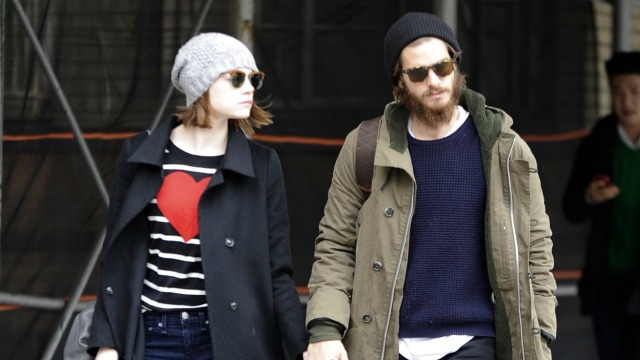 See? Emma does not look stoked.

3. Dressing The Beard up to take it out 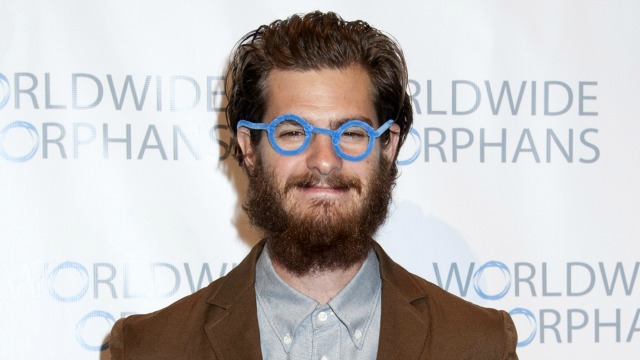 Even that impish smile and comical pipe cleaner spectacles can’t make up for all that business.

4. The Beard, being odoriferous at an event 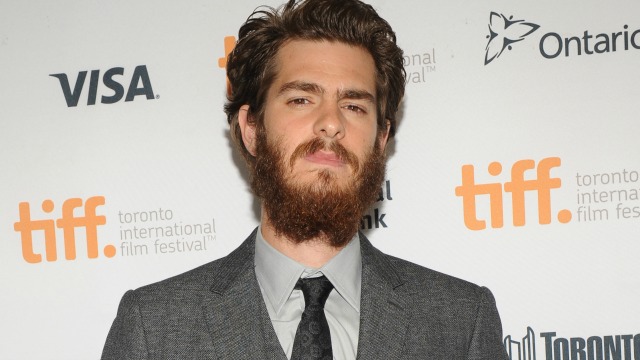 Ladies go crazy for a sharply dressed man. Most of the time. Garfield even looks perturbed at his scruff in this one.

5. The Beard gets wild 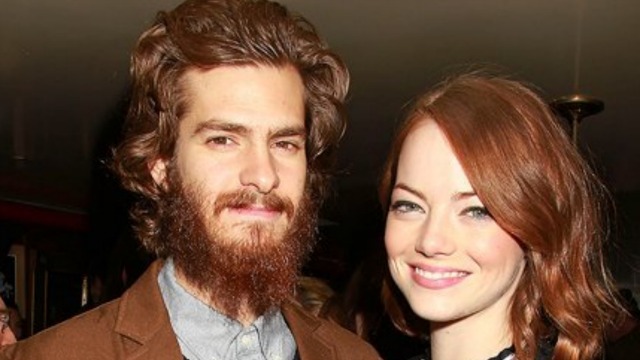 Sir, we fear your beard has grown feral.

6. The Beard tells a gross-out joke at an inappropriate moment 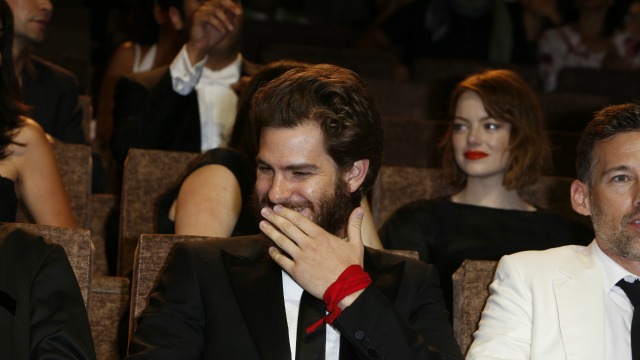 Again, Emma is not amused and, at this point, she won’t even sit with Garfield because she is growing tired of The Beard’s antics.

7. The Beard prepares for the full moon 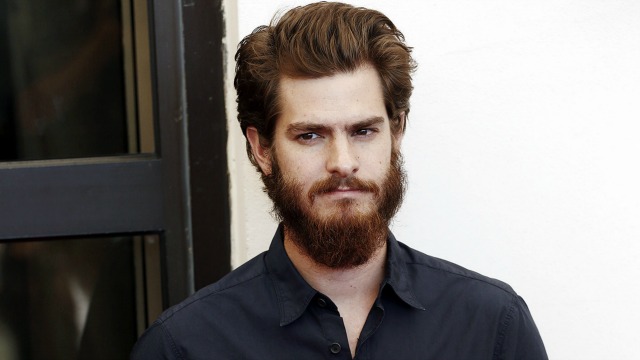 Seriously, though, can you say werewolf?