W‘s new Hollywood issue features a lot of highly stylized photos of some of the biggest names in Tinseltown, but none are weirder than the shots of Bradley Cooper.

The American Sniper star is featured wearing a white suit — well, kind of wearing — and what looks like a metric ass-tonne of white makeup, resulting in… well, see for yourself. 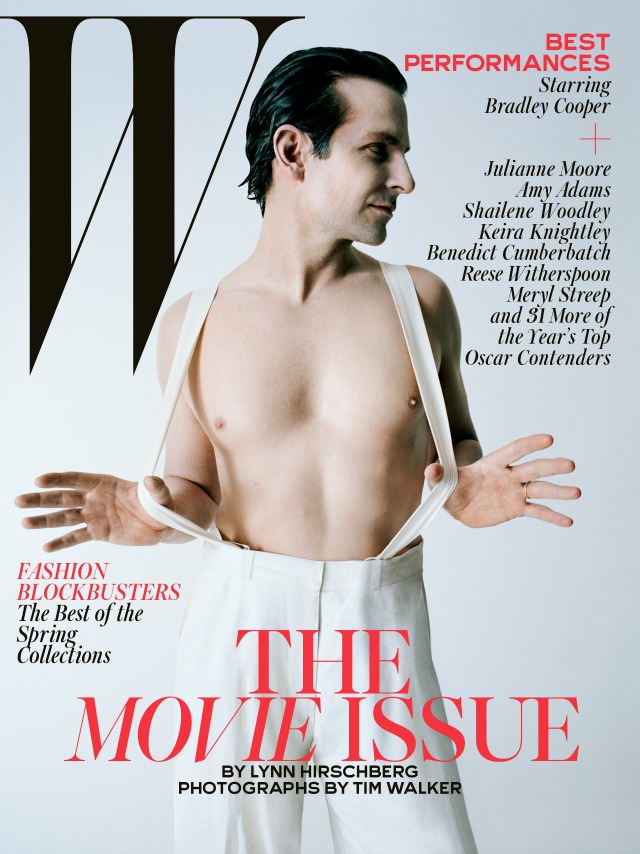 This is what flickered through our brains while looking at this photo (as well as the one below):

1. Is he supposed to be some kind of geisha? Because he’s totally wearing white geisha makeup.

2. Or maybe a vampire? We’re getting serious Cullen vibes.

3. He has really tiny nipples. Like baby tiny. And they look uneven. Lopsided baby nipples, he has.

4. He’s got, like, a reverse farmer’s tan on his legs. How does that happen?

5. It looks like a 1979 Playgirl shoot. Seriously, between the pleated white pants, white suspenders and those Elton John shoes, this has Studio 54 written all over it.

6. This is why Jennifer Lawrence never boned him, right? Because of things like this? And probably because he still lives with his mom (he does, you know).

7. Carlisle Cullen! But with dark hair. And in 1979 stripper clothes. A patriarchal 1970s stripper vampire. That was the look he was going for, we’re sure. 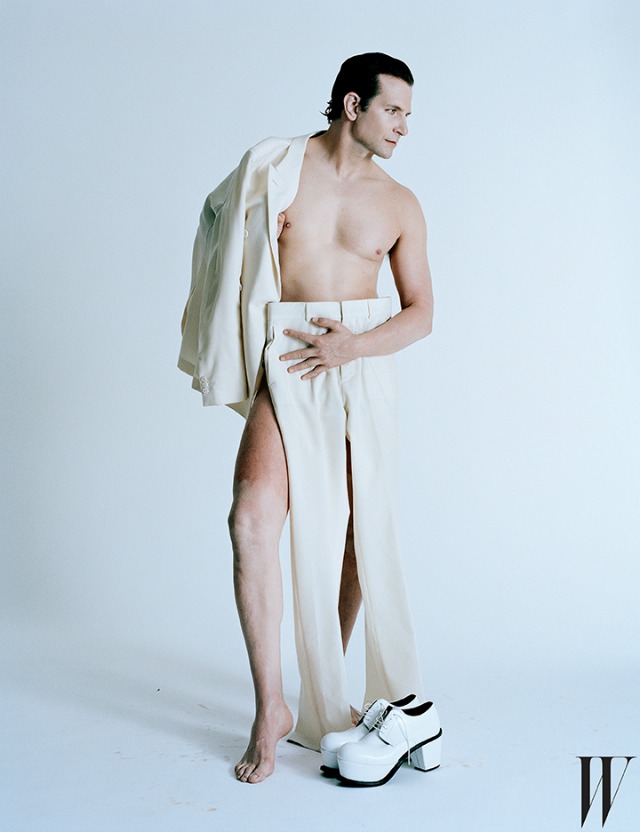 Here’s hoping he doesn’t replicate the look for the red carpet this awards season.

Check out the rest of the Hollywood issue images, including Benedict Cumberbatch, Julianne Moore, Eddie Redmayne and more, in the new issue of W.