Bono just dropped a bomb on us.

The U2 frontman, humanitarian and all-around awesome person is still recovering from a terrible bike accident he was in on his birthday at the end of last year in New York City, but we are just now getting more details about the accident and the extent of the rocker’s injuries.

Related story Nancy Pelosi's Reading of a Bono Poem About Ukraine, Zelensky, & St. Patrick's Day Has Us All Confused

Bono just released a 6,000-plus word A-to-Z letter on the band’s website detailing what happened to him, his recovery and how he is moving forward from this life-altering accident.

He began by saying, “This is too long. You should not have time to read this.”

More: 7 Stages of recovery after drinking too much on New Year’s Eve (in GIFs)

The most terrible thing in the missive, which is buried in the middle, is when he claims he may never be able to play guitar again.

“Recovery has been more difficult that I thought… As I write, it is not clear that I will ever play guitar again.” 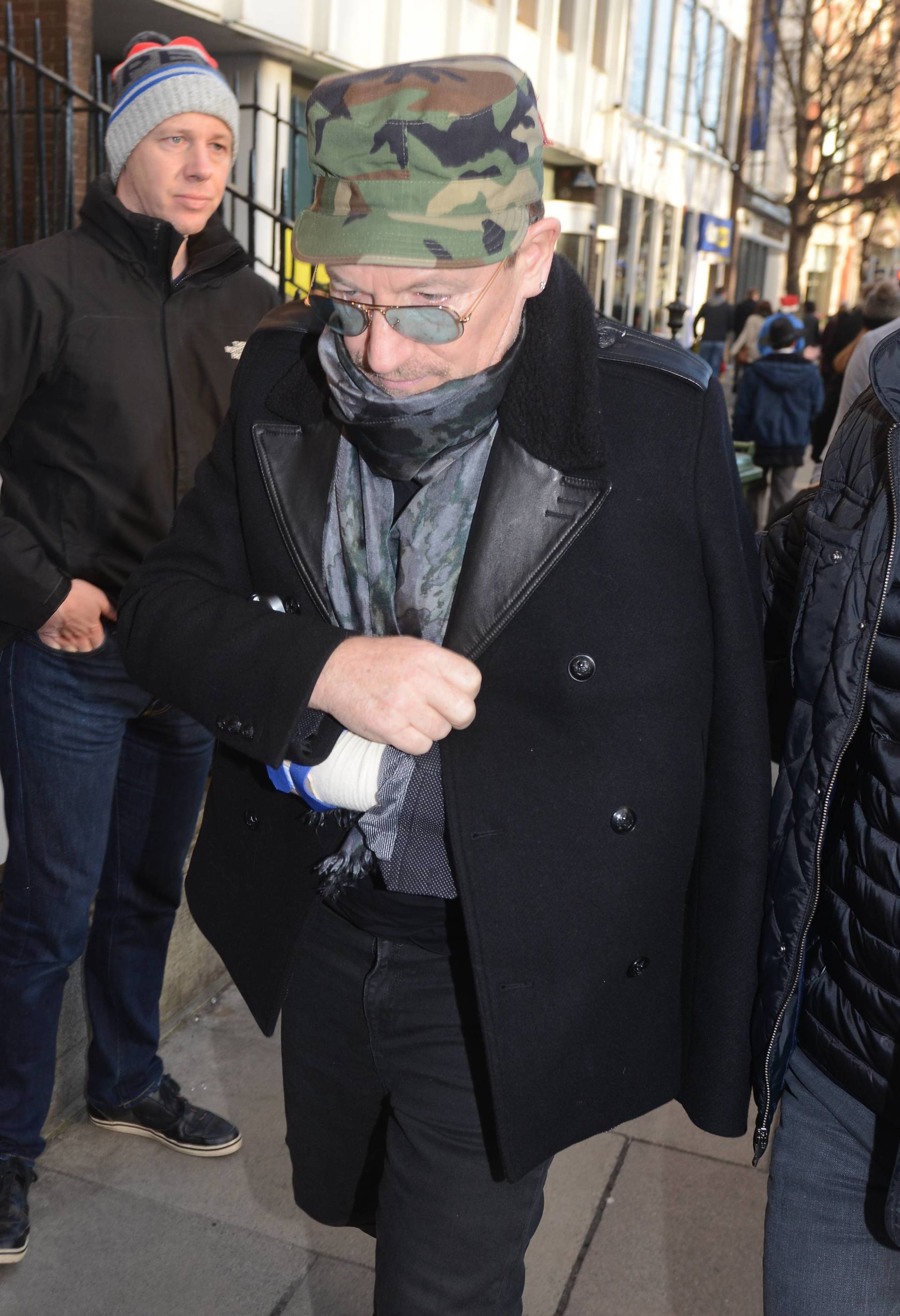 But Bono, ever the person to look toward the greater good and certainly always tongue-in-cheek, continued by saying, “The band have reminded me that neither they nor Western civilization are depending on this.”

The Irish-born Bono sustained a broken hand, shoulder and elbow, and he also broke his left eye socket, all of which required hours of multiple follow-up surgeries.

More: Taylor Swift wipes out on NYE, shakes it off

The worst of it seems to be the injury to his arm. Bono broke it in six places and said in his letter that it was very “punk rock” to have his bones sticking out of his leather jacket. He said he “blanked out on impact and have no memory of how I ended up in New York Presbyterian with my humerus bone sticking through my leather jacket. Very punk rock as injuries go.”

He shattered the bone in six places, which required three metal plates and 18 screws to repair it. Holy cow, that’s a lot of metal.

He takes full responsibility for what has happened since he can’t remember what happened.

“The problem, as I see it, is that I think my head is harder than any other surface,” he said, and he has learned he is “not an armored vehicle.”

More: Kanye West has a surprising musical partner on his song ‘Only One’ (VIDEO)

Bono said this letter will be his only communication for the beginning part of this new year, and he has canceled all other public appearances to focus on recovery.

“The consequences of this freak accident are significant enough that I will have to concentrate hard to be ready for the U2 tour in fitness terms… as a result I have cancelled [sic] every public appearance and decided this missive is all the communication I can manage for the first half of 2015, beyond muttering and singing to myself of course.”

We hope he continues to make strides in his recovery and that he is certainly able to get back to playing guitar!

You should take a few minutes of your day to read his whole A-to-Z letter here. It’s pretty great.