Once again, Chelsea Handler has decided to share a topless picture with the world, and once again, Instagram has chosen to delete it.

More: Chelsea Handler cries sexism after her nipples are banned by Instagram

The funny woman took to Instagram on Friday to post of photo of herself wearing just pants and a backpack as she freed her nipples on top of a snowy mountain (and probably froze while the snap was being taken). Handler teased with the caption of her pic, writing, “I lost chunk on the mountain” (referring to her beloved pet pooch). 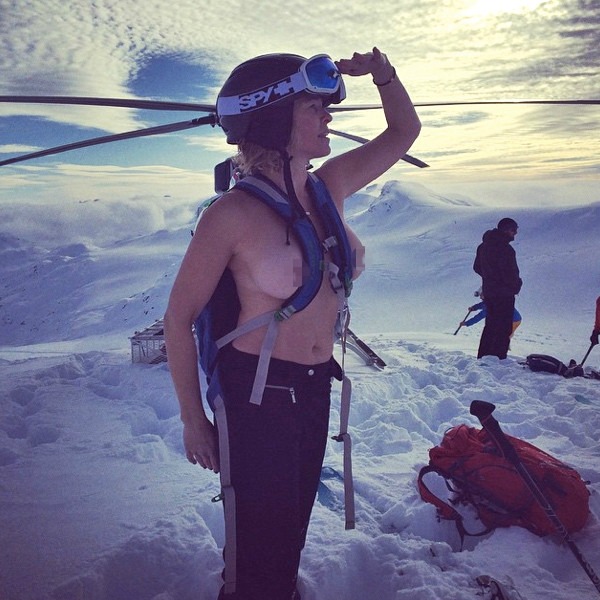 Of course, just like the Chelsea Lately star’s many other topless shots, the picture was taken down from Instagram shortly after it was posted, which led Handler to post a second picture, but this time on Twitter. 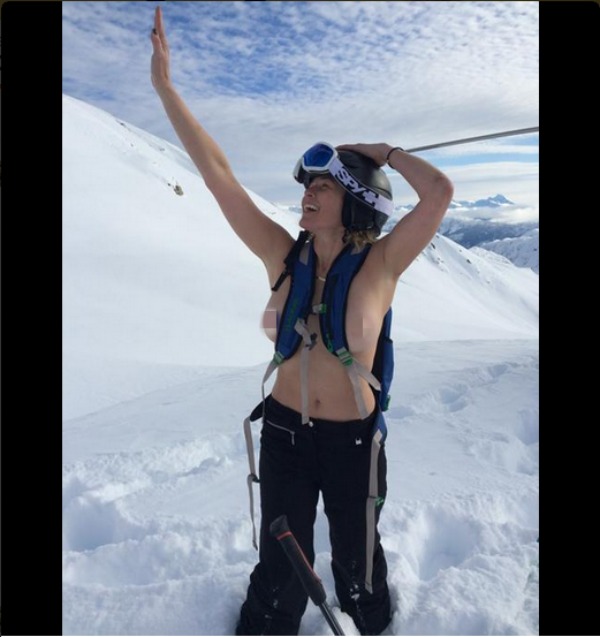 In October, Handler made headlines after she shared a picture of her riding a horse topless, a spoof of Russian President Vladimir Putin, which Instagram promptly removed.

“Taking this down is sexist. I have every right to prove I have a better body than Putin,” Handler raged at the time. “If a man posts a photo of his nipples, it’s ok, but not a woman? Are we in 1825? If Instagram takes this down again, you’re saying Vladimir Putin Has more 1st amendment rights than me. Talk to your bosses.”

More: Chelsea Handler posts another nipple photo in the name of equality (PHOTO)

In case you don’t get the point that Handler is trying to make, she feels Instagram’s nipple policy is sexist.

All we can say is one thing: Handler is not is shy!