Maybe Santa should have checked his list three times this year.

Though pop singer Justin Bieber has been in oodles of trouble and causing mayhem pretty much all throughout 2014, jolly St. Nick still gifted Bieber with an insanely expensive present this year. That’s right; Bieber got a jet for Christmas.

More: Patrick Stewart is keeping it weird on Christmas and it’s awesome (VIDEO)

Bieber shared a photo of himself on Shots and Instagram, looking coy in his new toy with the caption, “New jet for Christmas, and she’s beautiful.” He also shared a second photo of the aircraft in all its splendor. 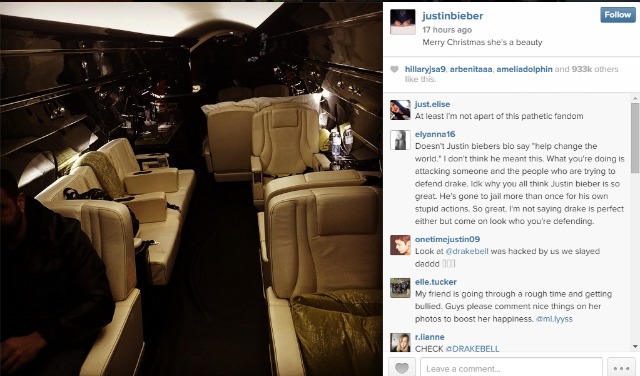 The Biebs made out pretty well considering a recent rumor that his manager, Scooter Braun, wants to create a more humble image for the singer by having him live as a homeless person. “[Scooter] has been trying to come up with a plan to give Justin’s career some longevity,” a source recently told the Daily Mail. “As soon as Justin’s fans grow up, it’s a worry that he’ll fall of the map. This seems like a solution.” Our wild guess is that the jet wasn’t a present from Braun.

More: 8 Celebs Justin Bieber looks like with his new bleached-blond ‘do

Despite the insanity of being gifted with a jet for Christmas, Bieber insists he’s just a down-home boy at heart. Just a normal guy that likes to chug a lot of beer and play drinking games on Christmas Eve, like most people his age. 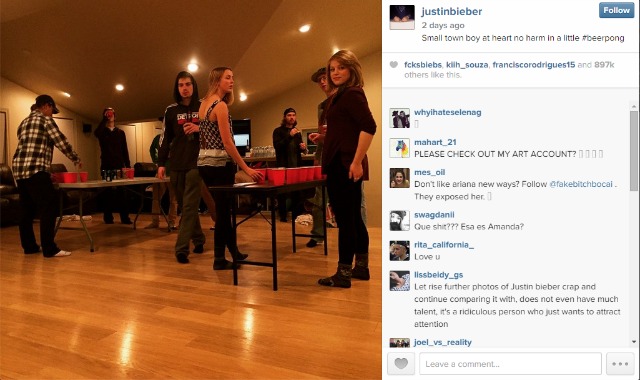 Bieber’s bad-boy behavior has also gotten him in the company of some pretty foxy ladies this year. He’s recently been seen cozying up to Stephen Baldwin’s gorgeous daughter, Hailey Baldwin. Maybe in 2015 we should all take a page out of Bieber’s book and get a DUI, egg our neighbor’s house, punch a couple paparazzi photographers, drive on the sidewalk and almost hit some pedestrians and get in a couple car accidents. Will Santa bring us a jet for Christmas next year too?