Everyone has “off” days every now and then, but some stars seemed to make a habit of being rude in 2014. From name-calling to idle threats, check out the ways these 16 celebs got downright nasty this year (ranked from “Oh no, they didn’t!” to “Eesh, there’s no coming back from that one”).

We’re all big fans around here of That Awkward Moment star Miles Teller, so we were more than a bit dismayed to read the entitled interview he gave W magazine about his experience filming Divergent. “I didn’t have an interesting part,” he whined to the mag, “and I’d taken this film for business reasons: It was the first movie I’d done that was going to have an international audience. I called my agent and said, ‘This sucks.'” I guess nobody ever warned him about biting the hand that feeds, eh? 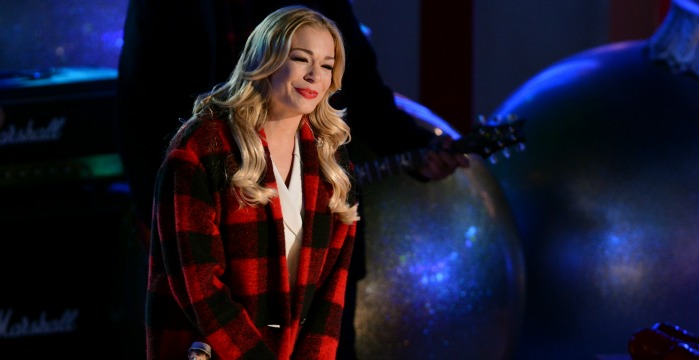 LeAnn Rimes’ career may have started as a wholesome country cutie, but she hasn’t exactly curried favor with the public for quite some time. She didn’t help her image in September when she showed up at a David Gray concert to share a duet and alienated the crowd by reportedly talking and singing obnoxiously loud throughout Gray’s set. KNIX radio host Matt McAllister happened to be in front of Rimes and called out her behavior on his show. She then called in, threatening to “kick his ass.” Classy. 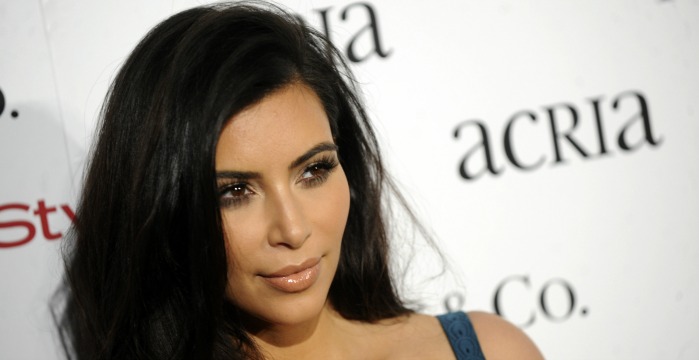 We’re not claiming to be Kris Jenner’s biggest fans — or the biggest fans of her favorite style of ensemble — but you should treat your mom with a little more respect than Kim Kardashian did when she fired off a catty email to Jenner on Dec. 10. “i love you mom but no more pilgrim adams [sic] family outfits,” Kardashian said. “you have exhausted this look. done. move on. we need chic, tights dresses not this omish [sic] shit anymore.” 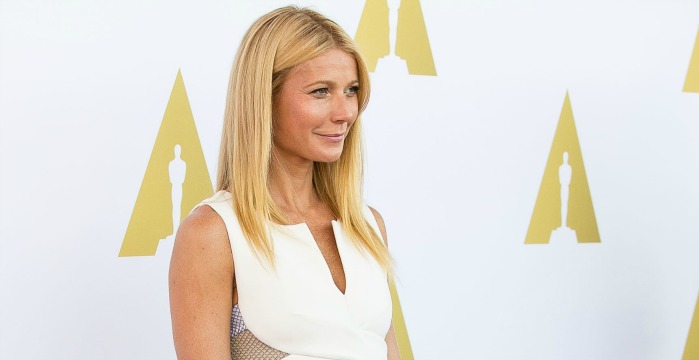 Gwyneth Paltrow is no stranger to pissing people off — the empress of Goop has a special knack, in fact, for rubbing people the wrong way. Her latest offense occurred in May, when she took the stage at the Code Conference in California and likened the celebrity life to, um, being at war. “It’s almost like how, in war, you go through this bloody, dehumanizing thing, and then something is defined out of it.” 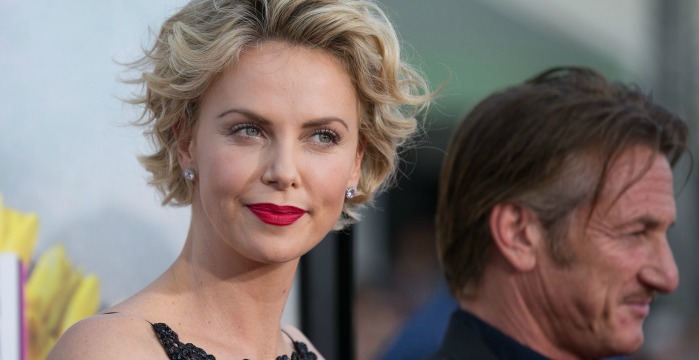 Tia Mowry is pretty adorable, right? We can’t exactly imagine being rude to her, but it’s apparently no problem for Charlize Theron. When Mowry spoke to In Touch Weekly in July, she shared an eye-opening run-in with the Oscar winner at a SoulCycle spin class. “She wasn’t very nice to me. I said ‘Hi,’ and she actually rolled her eyes and said, ‘Oh my God.'” Mowry assured the mag she wasn’t being over-the-top but, rather, “Charlize was just mean. I’m just being honest.” 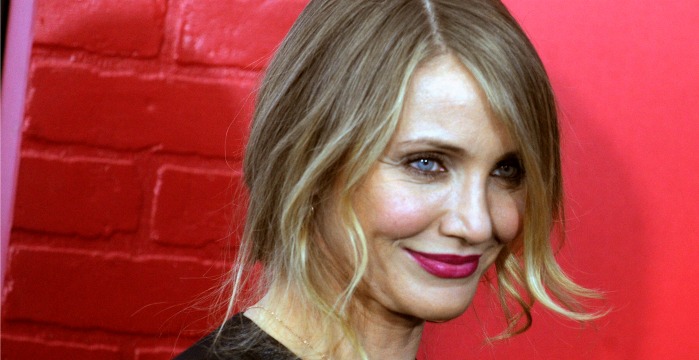 Sure, it’s probably annoying to have fans pandering at you for an autograph all the time. But isn’t that kind of part and parcel when it comes to movie premieres? Still, Cameron Diaz couldn’t be bothered to scribble on a few magazines for her fans at the Regal Union Square Theater in July at the premiere of Sex Tape. According to eyewitnesses, Diaz was “as unfriendly as can be.” 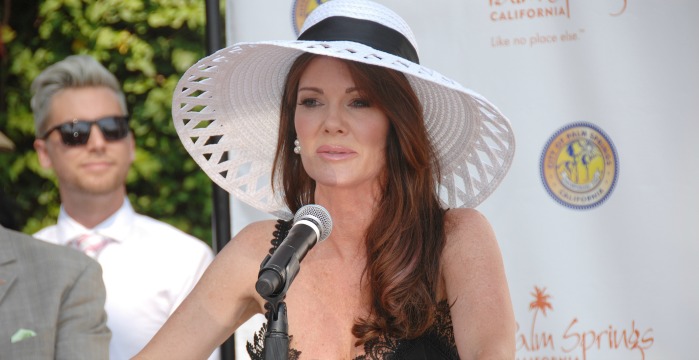 The Real Housewives of Beverly Hills star Lisa Vanderpump might be worth millions, but that doesn’t mean she has a heart of gold. When she and her husband Ken Todd sat down for a meal in September at the popular Beverly Hills eatery Bar On 4, they racked up a $500 bill. Says a source of Vanderpump, “She comes into Bar On 4 quite often. She is always loud and doesn’t treat the staff with respect.” That much was clear when the couple ponied up a meager $5 tip for their triple-digit tab. 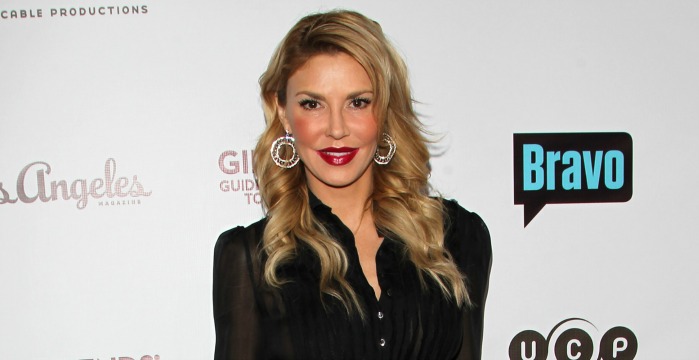 Since she was thrust into the spotlight amid her ex-husband’s cheating scandal with LeAnn Rimes, Brandi Glanville managed to maintain the spotlight — but for all the wrong reasons. One of her favorite pastimes is taking jabs at Rimes and Cibrian, she is always feuding with one of her The Real Housewives of Beverly Hills‘ costars and she recently trash-talked a ton of celebs to Us Weekly. 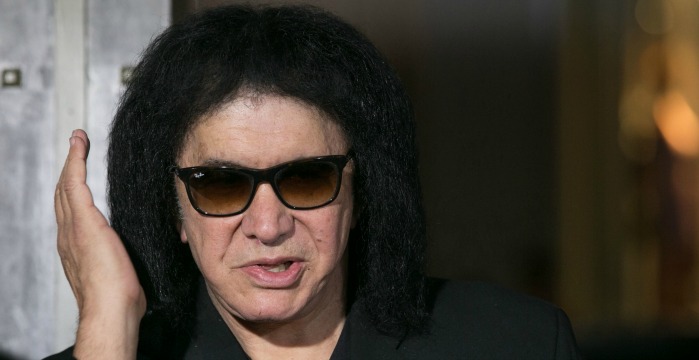 Is Gene Simmons a big ol’ bully? If Modern Family star Eric Stonestreet’s mom is telling the truth, it sure seems so. Stonestreet took to Instagram in May to call out Simmons for trying to bully his mom out of her seat on a flight to Kansas City, Missouri. The Kiss rocker and Paul Stanley also mocked Stonestreet’s mom, calling her “Aunt Bee” and asked her for her autograph. 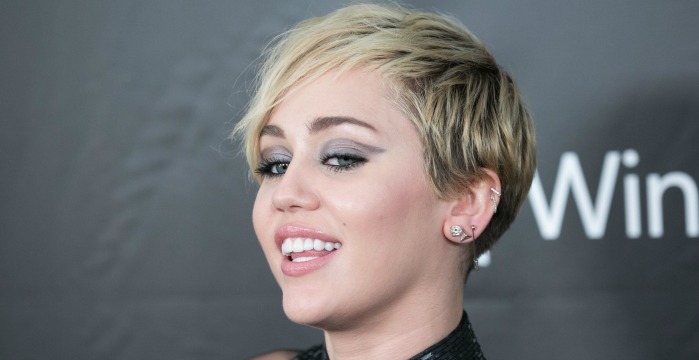 Miley Cyrus’ indiscretions this year are many, but she really got, ahem, tongues wagging when she made a dig at Katy Perry following their now infamous concert kiss. At one of the stops on her Bangerz tour, Cyrus spotted Perry in the audience and went in for the kiss. Perry wasn’t having the deep throat action, later joking she doesn’t know where Cyrus’ tongue has been — but also noting she “adores” Cyrus. Miles responded on Twitter, dissing Perry and her ex! A few months later, she showed her rude girl roots again by trashing a hotel lobby. 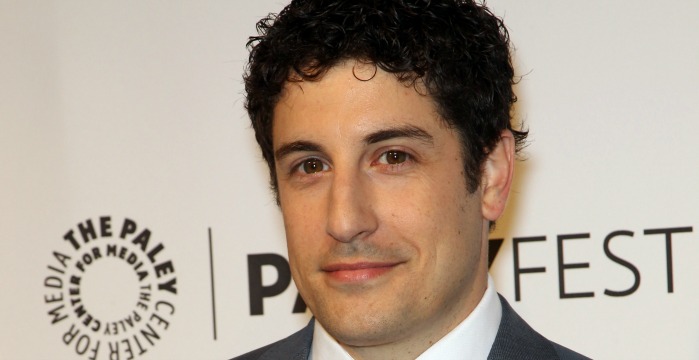 While it pains us to put Jason Biggs on this list, we’d be remiss if we didn’t give the Orange Is the New Black star a figurative “tsk, tsk” for his behavior in the wake of the Malaysia Airlines plane crash this past summer. Just after the airline was shot down over Ukraine, Biggs tweeted, “Anyone wanna buy my Malaysian Airlines frequent flier miles?” When followers took him to task for his insensitivity, Biggs took it a step further, biting back, “Hey all you ‘too soon’ a**holes — it’s a f***ing joke.” 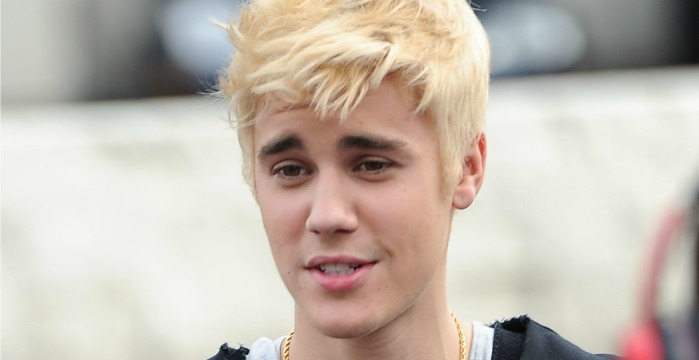 It’s been a bit of a banner year for Justin Bieber in the way of bad behavior. He gloated about hooking up with Miranda Kerr while Kerr was still hitched to Orlando Bloom, and he even alienated an entire nation when he cheesed it up on a controversial Japanese shrine. But his brattiest behavior came by the way of the March deposition brought on by a paparazzo who was allegedly assaulted by Biebs’ bodyguard. Check out his snarkiest remarks via the video clips here. 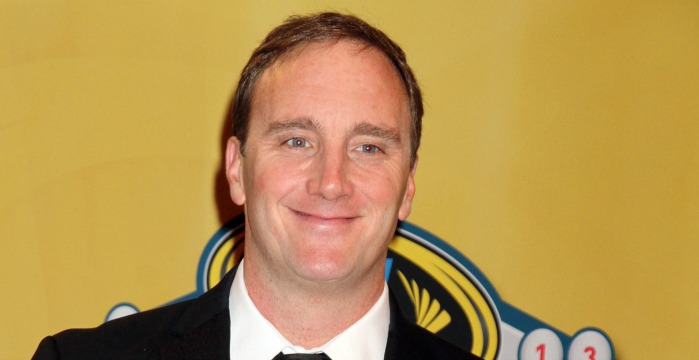 Making rude comments about someone’s weight is never OK, and comedian Jay Mohr proved just how little of a laughing matter it is at the beginning of the year. Appearing on a radio show after meeting Alyssa Milano — who had a baby in 2011 — at a NASCAR event, Mohr got a bad case of verbal diarrhea, remarking, “She was one of the presenters. She’s very tiny, in height. It seems like she had a baby and said, ‘I don’t really give a shit.’ I read it on her gut.” Milano’s response, though, was pure class. 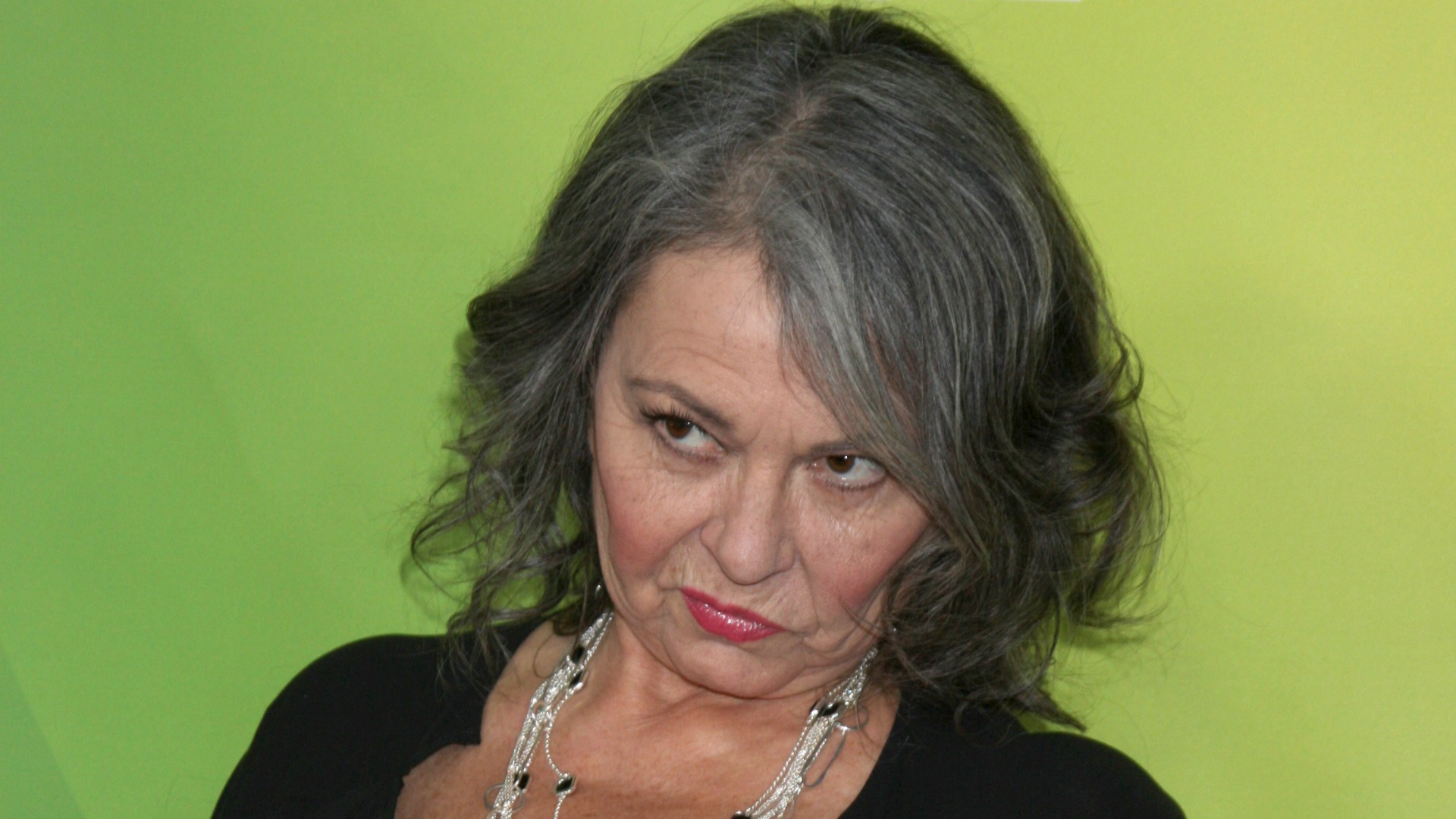 Comedians are known for pushing the boundaries with their irreverent brand of humor, but Roseanne Barr pushed it too far in November. Posting a picture on Twitter of her own face, which was visibly worse for wear, Barr wrote, “Got in a tussle w bill cosby. U shoyld [sic] see that mfer [sic].” She later replaced the post with an explanation involving a chemical peel, but the entire thing was in poor taste — rape allegations should never be comedic fodder. 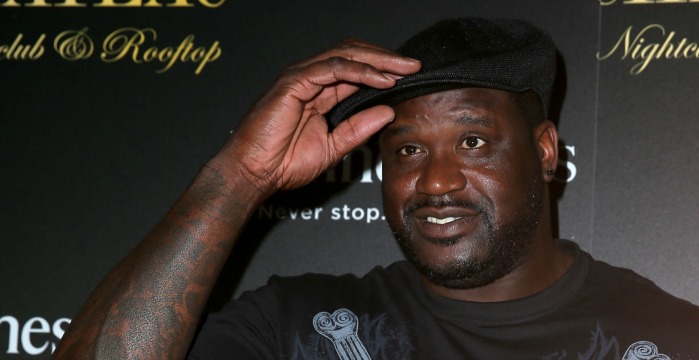 Shaq made a major misstep earlier this year when he posted a photo on Instagram to mock a man named Jahmel Binion, who suffers from a condition that causes abnormal hair growth, missing teeth and facial deformities. Binion sued for emotional distress, but Shaq is fighting back, claiming he didn’t say anything untrue about Binion and that he can’t control the kind of disparaging remarks his followers make. Not cool, Shaq. 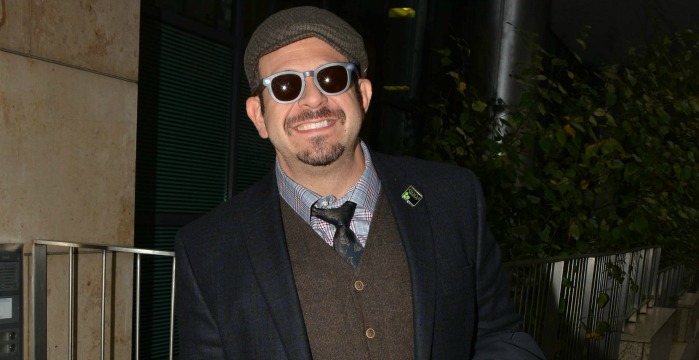 In the most cringe-inducing celebrity tantrum of the year, Travel Channel host Adam Richman found himself in serious hot water following a highly inappropriate tirade. It all started innocently enough — Richman, who has lost quite a bit of weight recently, posted a pic on Instagram with the hashtag #thinspiration. When people pointed out that the hashtag is often used in pro-eating-disorder circles, Richman went off, even telling one commenter to “grab a razor blade and draw a bath. I doubt anyone will miss you.” Yikes. Just yikes.