For all those Seth Rogen and James Franco fans out there who were bummed they might never see The Interview, don’t fret.

Sony announced last week that they had decided to completely cancel the movie altogether because of scary terrorist threats made against theaters showing the film, but now it looks like the flick will, indeed, get its day in theaters — on the originally planned Christmas Day, even.

They plan to release the picture in Atlanta, Georgia and Austin, Texas, while simultaneously showing it on video via on demand, according to The Wrap. The Plaza Theater, the venue showing the movie in Atlanta, shared its excitement to be debuting the controversial film on Twitter.

More: How did Amy Pascal become the chairman of Sony? We have the answer 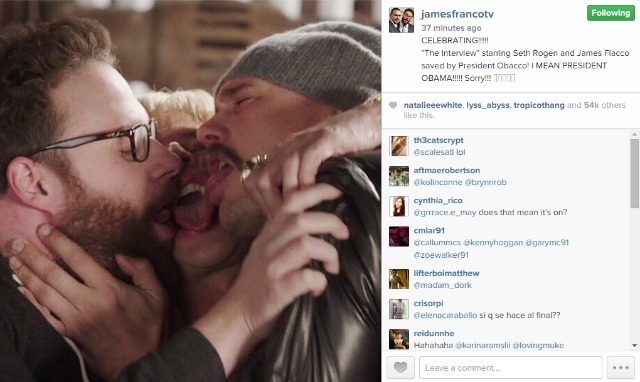 More: One part of Obama’s Sony hack speech made us LOL nonstop (VIDEO)

The move to show the film is slightly surprising but not totally shocking, considering all of the Hollywood heavyweights — not to mention the president — who have come forward in support of The Interview and artistic free speech as a whole since Sony announced the cancellation.

“This affects not just movies, this affects every part of business that we have,” George Clooney said in a recent interview with Deadline. “That’s the truth. What happens if a newsroom decides to go with a story, and a country or an individual or corporation decides they don’t like it? Forget the hacking part of it. You have someone threaten to blow up buildings, and all of a sudden everybody has to bow down.”

Judd Apatow tweeted, “I think it’s disgraceful that these theaters are not showing The Interview. Will they pull any movie that gets an anonymous threat now?” to which Jimmy Kimmel replied, “I agree wholeheartedly. An un-American act of cowardice that validates terrorist actions and sets a terrifying precedent.”